EAC-PM said ministries could be mandated to allocate certain percentage of their budget for research and innovation. 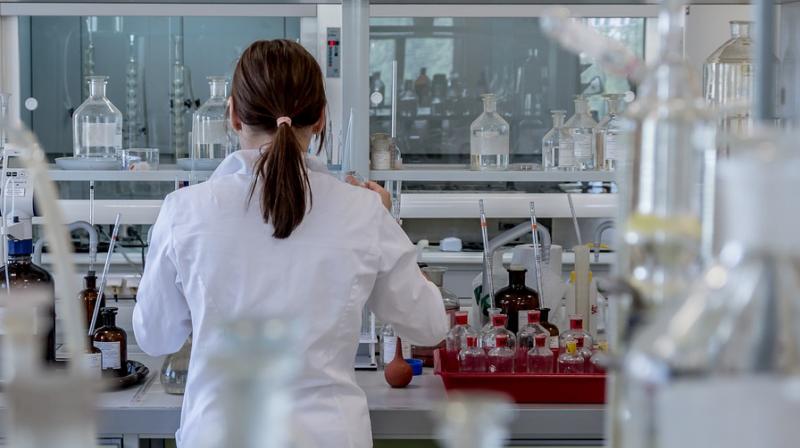 The growth in R&D expenditure should be commensurate with the growth of GDP and should be targeted to reach at least 2 per cent of GDP by 2022, the report said. (Photo: Representational | Pixabay)

New Delhi: The growth in Research and Development (R&D) expenditure should be commensurate with the economy's growth and should be targeted to reach at least 2 per cent of the GDP by 2022, according to the Economic Advisory Council to the Prime Minister (EAC-PM).

In a report titled 'R&D Expenditure Ecosystem', the EAC-PM said that the line ministries at the Centre could be mandated to allocate certain percentage of their budget for research and innovation for developing and deploying technologies as per the priorities of the respective ministries.

"The growth in R&D expenditure should be commensurate with the growth of GDP and should be targeted to reach at least 2 per cent of GDP by 2022," the report said.

It pointed out that India's public investment in R&D as a fraction of GDP has remained stagnant over the last two decades.

"To ensure that India leaps into a leadership role in innovation and industrial R&D by stimulating private sector's investment in R&D from current 0.35 per cent of GDP, it is suggested that a minimum percentage of turn-over of the company may be invested in R&D by medium and large enterprises registered in India," the report stressed.

It also recommended that to help and keep the industry enthused to invest in R&D, there is case for not enforcing the complete withdrawal of weighted deduction provisions on R&D investment by April 1, 2020.

According to the report, it will be appropriate that states partner with the Centre to jointly fund research and innovation programmes through socially designed Central Sponsored Schemes(CSS).

Current tax laws already favour CSR investment into R&D, the report said, adding that but the types of R&D activities eligible can be expanded.

Noting that government expenditure on R&D is undertaken almost entirely by the central government, the report said, "There is a need for greater participation of state government and private sector in overall R&D spending."

It also emphasised that wealth must be increasingly invested in building strong foundation that increases new knowledge.

"Our metrics therefore should assess impact of R&D both on discovery and the knowledge economy," it said.

The report also pitched for creating 30 dedicated R&D Exports Hub and a corpus of Rs 5,000 crore for funding mega projects with cross cutting themes which are of national interest.