Confusions, if not taken cognisance of, may prove to be a roadblock in eradication of single-use plastic, CAIT said. 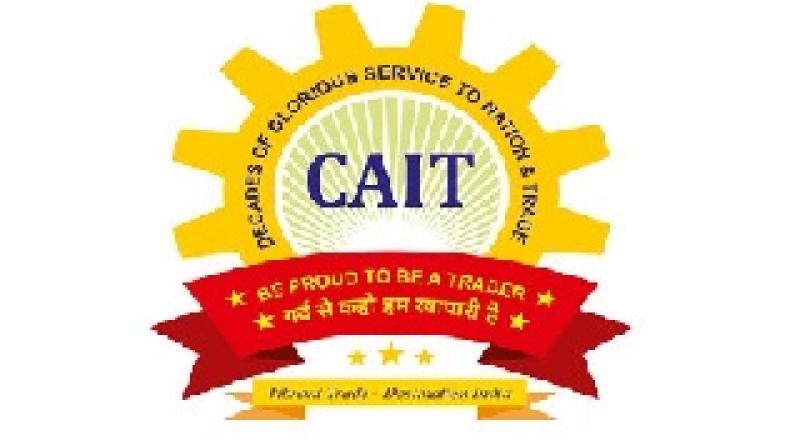 CAIT is of the view that traders are forced to sell the goods packed in single- use plastic by big manufacturers.

New Delhi: Traders' body CAIT has written to Environment Minister Prakash Javadekar to remove confusion on use of single-use plastic and urged him to come out with clear guidelines which asks big players to stop using single-use plastic.

The body is of the view that traders are forced to sell the goods packed in single- use plastic by big manufacturers.

In a letter to Javadekar, the Confederation of All India Traders drew the minister's attention to the confusion prevailing among trade and industry about stoppage of single-use plastic, the traders' body said in a statement.

Such confusions, if not taken cognisance of, may prove to be a roadblock in success of eradication of single-use plastic, CAIT said.

CAIT has urged that suitable guidelines should be issued immediately to bring an end to single-use plastic in the country, it added.

The traders body further said that traders are the last mile connect with 130 crore people of the country and as such can play a major role in extending the call down the line across country through more than 7 crore shopping outlets.

CAIT has already extended its full support to Prime Minister Narendra Modi's call to stop use of single-use plastic and in furtherance of the same, the CAIT has already launched a nationwide campaign from September 1, advising traders across country not to sell or buy single-use plastic or bags and advise their respective customers to bring their own bags for shopping.

"We are making all endeavours to make this campaign a great success since single-use plastic is a great danger for environment and represent the epitome of today's throwaway culture. However, there is great confusion prevailing in the markets about the category of items that falls under single-use plastic," CAIT National President B C Bhartia said in the statement.

He further said, "It is also not clear whether plastic above 50 micron is allowed or not. What are the alternatives available that could be promoted to replace single-use plastic. So far there is no guideline from the government on this issue and therefore the trade, commerce and industry is in a dilemma."

The body said that 98 per cent of single-use plastic is used by multi-national companies, corporate manufacturers and big retailers either in their production line or packaging of finished goods.

"The traders are forced to sell goods in whatever packing they receive from the manufacturer or source of origin. Unless and until, these companies are not compelled to stop use of single-use plastic either in production line or in packing of finished goods, there will always be a occasion for usage of single-use plastic at the end of consumer.

"Therefore, immediate directions should be given to such manufacturers to stop using single-use plastic immediately so that after October 2, no goods should be available in the market with such packing," it said.

The traders' body also drew minister's attention towards tens of thousands of industries across the country engaged in plastic trade, giving employment to crores of people in the country.

In the event of stoppage of single use plastic, their business activities will come to an end which may also result in unemployment of all such people working in these companies.

In this context, the government should carve out some viable alternatives so that these industries keep running their business activities and employment is not disturbed, the statement said.

CAIT also urged Javedkar to convene a meeting of stakeholders to discuss the issue in detail and to guide as to how the campaign should be conducted across the country so that Prime Minister's vision can be converted into a reality.