Oil companies in the Gulf of Mexico had cut more than 1 million barrels per day (bpd) of output. 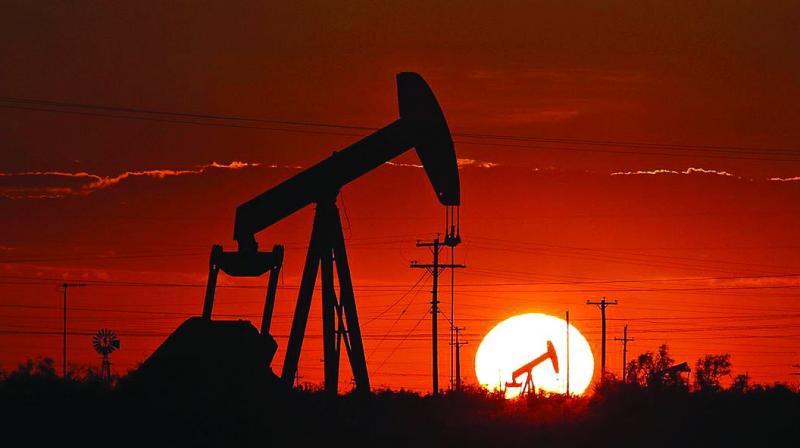 Seoul: Oil prices rose on Friday, hovering near six-week highs, as US oil producers in the Gulf of Mexico cut more than half their output in the face of a tropical storm and as tensions continued to simmer in the Middle East.

By Thursday, oil companies in the Gulf of Mexico had cut more than 1 million barrels per day (bpd) of output, or 53 per cent of the region’s production, due to Tropical Storm Barry which could make landfall Saturday on the Louisiana coast.

The storm was forecast to become a category one hurricane with at least 74-mile-per hour (119 km-per-hour) winds.

“Brent crude oil ... extended its gains as storms in the Gulf of Mexico halted production of oil and US oil inventories continued to recede more than expected,” ANZ Bank said in a note.

US crude oil inventories have decreased for four consecutive weeks. Crude stocks fell 9.5 million barrels in the week to July 5, the Energy Information Administration (EIA) said, a drop that was more than triple the 3.1 million-barrel draw expected by analysts.

Kim Kwang-rae, commodity analyst at Samsung Futures in Seoul, said a sharp drop in US crude stocks and geopolitical risks are expected to keep both Brent and WTI at current levels.

Iran’s alleged attempt to block a British-owned tanker heightened tensions in the Middle East in the wake of attacks on tankers and the downing of US drone by Iran in June.

“While a full-scale military conflict remains the least likely scenario, the strong increases for cost of insurance will make for a most costly transportation of crude and see new routes explored, delaying crude arrivals,” said Edward Moya, senior market analyst at OANDA in New York.

But a lower 2020 oil demand outlook from the Organization of the Petroleum Exporting Countries kept price gains in check. OPEC said the world would need 29.27 million bpd of crude from its 14 members in 2020, down 1.34 million bpd this year.