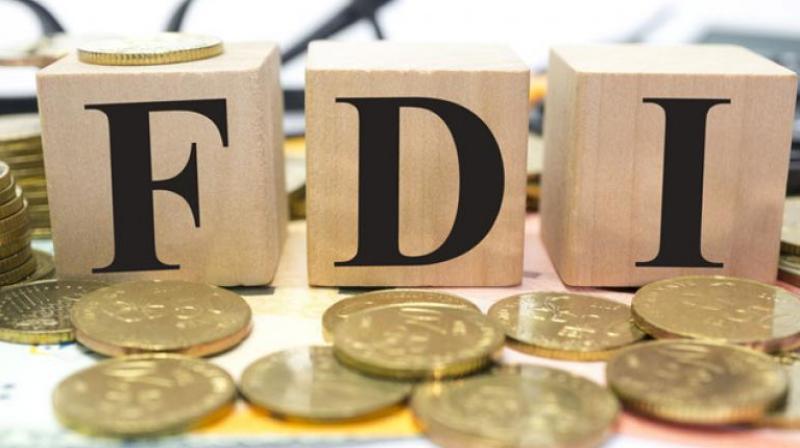 New Delhi: India attracted foreign direct investment of USD 64.4 billion in the last fiscal, and aims is to take it higher as it moves forward, Union minister V Muraleedharan said on Wednesday.

At an event here late evening, the Minister of State for External Affairs also said the Centre is considering further opening foreign direct investment in aviation, media and other sectors.

He was addressing a gathering of several ambassadors and representatives from different countries in New Delhi, at a curtain raiser event for the first-ever Global Investors' Meet to be hosted by Himachal Pradesh government in Dharamshsla on November 7-8.

"India is the fastest growing major economy in the world right now. Our Prime Minister has set a vision for a USD 5 trillion economy. We want to avoid the mistakes of others, and do better," Muraleedharan said.

He also invited different countries to invest in Himachal Pradesh and explore the potential of the hill state by participating in the meet in November.

"Despite global headwinds, India attracted an FDI worth USD 64.4 billion, which is six per cent more than in the previous year. And, the aim is to take it higher as the country moves forward," Muraleedharan said.

Following the last five years, the Centre's policy has been to give an "unprecedented push" to the economy through initiatives such as Make in India, Ayushman Bharat and UDAN, he said.

"Our Prime Minister's vision of cooperative federalism includes an enabling atmosphere for all states and union territories to cooperate and compete with each other," he added.

"We recently conducted a mini domestic investors summit in Shimla, and work has already commenced on more than 50 per cent of the MoUs signed during that event," he said.

He emphasised that tourism is a major draw in the state, and sectors like pharmaceuticals, transport, food processing offered ample opportunities for further investment.

Ambassadors of Bhutan, Gabon, Burundi, among other countries, besides senior officials of the Himachal government attended the event.