Approval will also unlock an additional USD 38 billion from Pakistan’s international partners over the programme period. 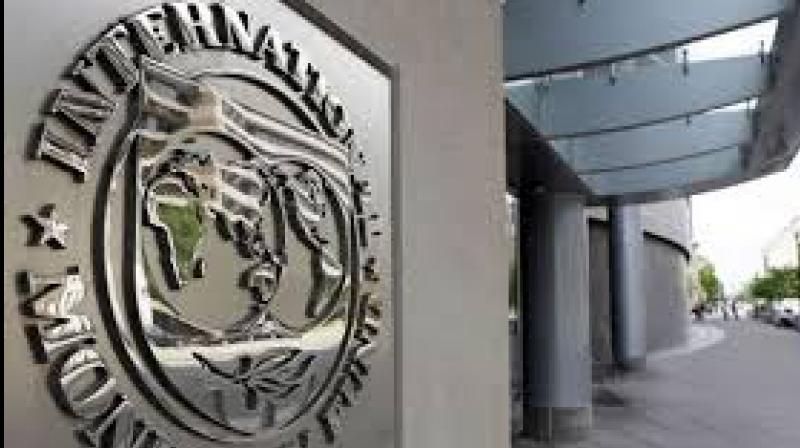 Board approval will allow immediate disbursement of around USD 1 billion, with the remainder to be phased in over the period of the programme.

Islamabad: The International Monetary Fund Executive board approved a three-year, USD 6 billion loan package for Pakistan on Wednesday to rein in mounting debts and stave off a looming balance of payments crisis, in exchange for tough austerity measures.

Board approval will allow immediate disbursement of around USD 1 billion, with the remainder to be phased in over the period of the programme, subject to quarterly review, the IMF said, highlighting the need for Pakistan to agree to tough conditions for the coming three years.

Just as important as the package itself, approval will also unlock an additional USD 38 billion from Pakistan’s international partners over the programme period.

“Pakistan is facing significant economic challenges on the back of large fiscal and financial needs and weak and unbalanced growth,” IMF First Deputy Managing Director David Lipton said in a statement.

The programme will require “decisive fiscal consolidation” and a multi-year plan to strengthen Pakistan’s notoriously weak tax system as well as large scale reforms that are likely to pile pressure on the government of Prime Minister Imran Khan.

Khan came to power last August, inheriting an economy plagued with problems. But he was initially deeply reluctant to turn to the IMF, which has provided more than 20 bailout packages to Pakistan over the decades.

However, despite securing billions of dollars in loans from friendly countries including China, Saudi Arabia and the United Arab Emirates, mounting economic headwinds forced his government to turn to the fund.

With foreign exchange reserves shrinking to only USD 7.3 billion, less than the equivalent of two months’ worth of imports, and the budget deficit set to top 7 per cent of gross domestic product this year, Pakistan faces tough economic medicine to tackle problems that have been years in the making.

Dominated by agriculture and textiles and with a large informal sector that pays no tax, the economy has struggled to develop export industries and successive governments have spent heavily to defend an overvalued exchange rate.

The USD 60 billion China Pakistan Economic Corridor, launched in 2015, had promised a new beginning. Its infrastructure projects were intended to become a new foundation for growth, but they also required heavy imports of capital equipment, widening the trade deficit.

The IMF’s terms call for a “flexible market-determined exchange rate” to help correct an unsustainable current account deficit and make industries more competitive, while trying to expand the tax base in a country where only 1 per cent of the 208 million population file returns.

The central bank, which controls the currency, has hiked interest rates to 12.25 per cent and slashed the rupee to historic lows against the dollar, but this has piled more pressure on households facing inflation running at almost 9 per cent.

In addition, in a bid to cut public debt, the government has set ambitious tax and revenue plans, despite failing to meet the previous year’s targets and hiked prices in the creaking energy sector, where mounting debt backlogs have acted as a growing drain on government resources.

The programme also calls for expanded social spending to protect the most vulnerable.

However, the combined package of belt-tightening measures has prompted anger from opposition parties, which say the government hesitated too long before turning to the fund. They have pledged a campaign of protests this month.