India's overall outbound travel is estimated to be 50 million by 2020, says cruise industry 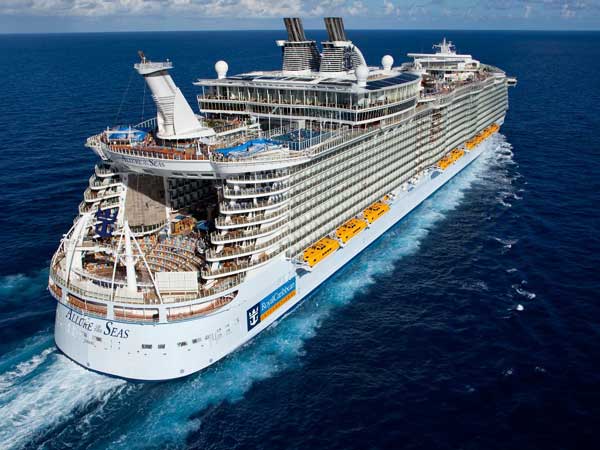 Royal Caribbean Cruises Ltd, the Miami-headquartered world’s second-largest cruise line operator, is betting big on India’s untapped cruise potential, especially in terms of sourcing cruise passengers. Interestingly, according to a recent white paper published by the India Cruise Line Association (ICLA), various cruise line operators are targeting to source five million cruise passengers from India by 2020. In 2017, the number stood at 1.72 lakh and in 2018 it was 2 lakh, said Varun Chadha, COO, TIRUN Travel Marketing, the exclusive India representative of Royal Caribean Cruises Ltd. Significantly, with India’s overall outbound travel growing at a fast pace year-on-year and being estimated to be a 50 million outbound travel market by 2020, cruise industry is keen to develop this largely untapped and hitherto a very small cruise source market.

While nearly 26 million Indians that travelled abroad in 2017, less than 150,000 people had gone on cruising. This proves the scope to grow is enormous.

The second largest cruise line operator in the world, which at present owns 48 ships (as a group), of which 4/5 ships passes through India, will go on adding one ship every year for the next 10 years to back up its growth plans, said Chadha.

Significantly, the Modi government, for the last few years, is working on a new cruise tourism policy, with the main thrust to increasing the cruise line traffic to 700 vessels a year. Other developments on this front include cruise hubs to be developed in Mumbai, Goa, Mangalore, Kochi and Chennai, a 30 per cent rebate on all cruise vessels related charge, number of the days a cruise ship can dock to be raised from one to three, foreign flag vessels, as part of cabotage reform, carrying passengers have been allowed to call at Indian ports without securing a license from the Director General of Shipping, eVisa facility for Mumbai, Goa, Kochi, Chennai and New Mangalore ports have already been initiated and foundation stone for a new Rs 300 crore international cruise terminal at Mumbai that is expected to be ready by June 2019.

With all these factors in view, Royal Caribean Cruises has now rolled out a multi-city trade roadshow to introduce cruise enthusiasts and travel partners to Celebrity Edge, a transformative cruise ship redefining the standards of cruising across the industry. The ship has a tonnage of 130,818 GT and a double-occupancy capacity of 2918 passengers and 1400 crew members, making it the ship with the best passenger-to-crew ratio, said Chadha.