After surpassing China to become the world’s fastest growing economy, India is all set to repeat the feat in the energy sector dodging its neighbour to become second biggest consumer of fossil fuel globally. 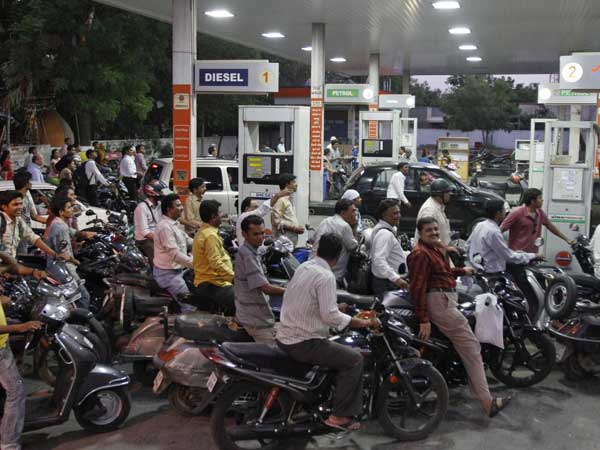 India set to overtake China in oil use

After surpassing China to become the world’s fastest growing economy, India is all set to repeat the feat in the energy sector dodging its neighbour to become second biggest consumer of fossil fuel globally.

According to a report by research and consultancy group Wood Mackenzie, India will rise above China and be just behind the US in 2019 largely on the back of buoyant auto fuel and LPG consumption.

While globally, oil demand is either static or shrinking owing to increased focus on renewables, India dependence on fossil is growing at a healthy rate of 14 per cent on the back of rapid growth in transport vehicles.

Mackenzie said India's oil demand growth recovered strongly in 2018, overcoming the aftermath of the implementation of Goods and Services Tax (GST) and demonetisation, and contributed 14 per cent of the global demand growth or 2,45,000 barrels per day.

"We forecast oil demand to grow at the same level in 2019. This will result in India becoming the second largest demand growth centre globally in 2019, behind the US but ahead of China. Transport fuels – gasoline and diesel – and residential LPG will continue to be the two main drivers of oil demand growth," it said.

According to the US Energy Information Administration (EIA), India is currently ranked behind the United States and China as the world's third-largest oil consumer. It consumed 206.2 million tonnes (over 4 million bpd) in the 2017-18 fiscal year.

During April-December, consumption of petroleum products has been 157.4 million tonnes, up 2.5 per cent over year-ago period. Last August, oil cartel OPEC projected India's oil demand to rise by 5.8 million barrels per day (bpd) by 2040, accounting for about 40 per cent of the overall increase in global demand during the period.

This was because of "buoyant commercial vehicle sales facilitated by sustained infrastructure growth, and increasing demand from the construction, logistics, e-commerce and consumer goods sectors," the report said.

Also, the push will come from a demand-based approach instead of a tax-based approach in the logistics sector, following the implementation of the GST, which has led to the removal of inter-state taxes. "This is a structural shift, resulting in increased demand for heavy and medium-duty trucks to achieve economies of scale and operational efficiency."

The Mackenzie report also cited the coming general election as being an important driver to scale up fuel consumption. General elections in May will lead to increased travel activity for campaigning and implementation of infrastructure projects, which will bolster demand in the first half of 2019, the report said.

"Key risks ensue as crude price volatility is expected to persist. Historically, short-term gasoline demand has been relatively inelastic to retail prices in developing economies such as India. Even though higher retail prices affect consumer sentiment for new vehicle purchases, we believe this trend will continue with income effects driving the demand, subduing the price effects," it said.

LPG demand growth will remain robust in 2019 at 5 per cent (40,000 bpd) although it is lower than the 56,000 bpd growth achieved in 2018. "The number of new household LPG customers continued to surge, driven by the Ujjwala scheme to promote clean cooking fuel in rural areas. That said, there is a largely untapped market, as around 50 million households remain deprived of LPG," it said.

On the use of electric vehicles, Mackenzie said only 2,60,000 EVs have hit Indian roads, majority being two-wheelers.

This year, it said, will be an important year as the final version of the National Auto Policy and the second phase of the FAME scheme will be released.

"The question is the timing – will it be before or after the elections? Will the Modi government change tack if it is not re-elected? Will this ambiguity continues to deter wider adoption? Automakers seem to have realised that EV adoption is not a question of 'if'. For instance, Maruti Suzuki, the largest automaker in India, will launch an electric version of one of its best-selling entry-segment cars – the Wagon R – in Q1 2019," Mackenzie said.