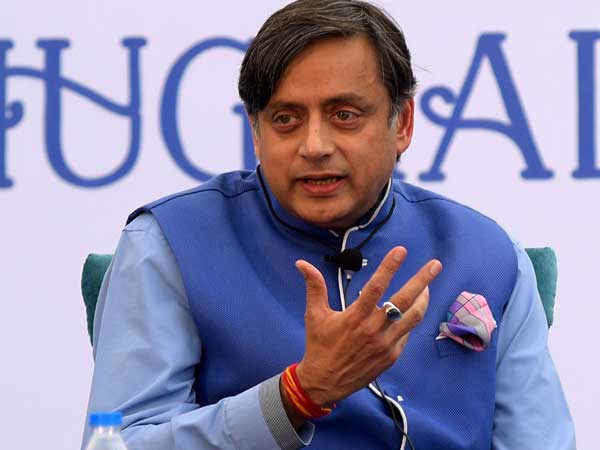 The Congress will not hold back its big guns and will pull out all the stops before the general elections, senior leader Shashi Tharoor said, asserting his party wants “defenestration” of Prime Minister Narendra Modi and his government.

Tharoor, who recently wrote a book on Modi titled “The Paradoxical  Prime Minister”, said the prime minister makes all the liberal statements  in public such as "sab ka saath sab ka vikas" (together with all,  development for all) or the "Constitution is my only holy book",  but relies on the “most illiberal” elements in the Indian society  for his electoral support and political viability.

Speaking on Priyanka Gandhi's induction as the Congress's general  secretary, the 62-year-old MP from Thiruvananthapuram said she had the charisma to galvanise voters and will be an asset to the party.

“The Congress will pull out all the stops before the general elections.  Priyanka Gandhi is seen as a figure with great appeal and great credibility.

So far, she has been very restrained, doing behind the scenes work and confining herself to Amethi and Rae Bareli.

"The fact that she is now going to take a new role is a sign that  we are not holding back our big guns,” Tharoor told PTI in an interview.

“The Congress party intends to aim for Modi's defenestration. We want Modi and his government's defenestration (action or process of dismissing someone from a position of power or authority)” he  said on the sidelines of the Jaipur Literature Festival.

Tharoor said Gandhi may have yet to prove her mettle publicly, but  privately the party has seen her involved in a number of issues.

“Those who have seen her even on television know how quickly she makes a connection, how fluently and idiomatically she speaks and how easily she connects with the people. She doesn't behave like  a political novice,” he said.

“Modi is the best orator in Hindi that I have seen. Yet he has remained silent when his moral leadership was called on. He modulates his  voice, chooses his words to the maximum impact, uses theatrical gestures.

That is part of his major political appeal.

share the pain of the families of Mohammad Akhlaq, Juniad Khan, Pehlu Khan, Rohith Vemula or for the Dalit boys who were flogged in Rajasthan  for skinning the carcass of a cow which was their job? Nothing on any of these cases from him. Just complete and total silence,” he said.

Tharoor also touched upon the controversial remark he made at the Bangalore Literature Festival, where he claimed that an unnamed RSS leader had compared Modi to "a scorpion sitting on a Shivling".

The Congress leader said he cited the news article to prove there was evidence  that the RSS was not fully comfortable with the conversion of Hindutva to Moditva.

“It was blown out of proportion.  Anyone who watches the context  of my speech will see I was specifically addressing the issue of  whether the RSS was fully comfortable with the conversion of Hindutva  to Moditva which is Hindutva plus the outsized personality cult for  an individual leader, and I said there is evidence that they are not totally comfortable with it,”

“Ironically, I even found a video clip of Gordhan Zadafia saying exactly this and he may not be the only one to have said it. Zadafia

was a Gujarat Minister who is now one of the UP incharges for the JP. So if someone who is very much RSS-BJP has said this openly  and on record, then I don't think I was wrong in quoting it,” he said.

Tharoor has courted a few controversies in the recent past. In August

last year, he had spoken about Modi donning "outlandish" Naga and  other headgear on his trips but refusing to sport a Muslim skull cap, drawing condemnation from the BJP which had dubbed it as insulting  to the people of the North-East.

Hindu would favour a Ram temple in Ayodhya by demolishing somebody  else's place of worship.

The BJP reacted strongly, terming his party and its chief Rahul Gandhi "anti-Hindu".