NDA had promised to create 1.2 crore jobs a year during the 2014 Lok Sabha campaign. However, the government's record on job creation has been poor 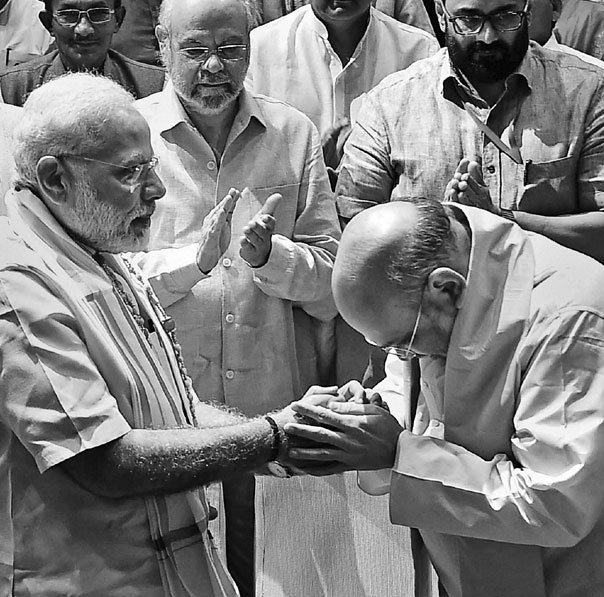 The NDA’s slogan to bring good days for the economy and people during campaign for the 2014 general elections had caught the imagination of voters. The Narendra Modi government is now well past the halfway mark of its five-year tenure and the slogan no longer holds the promise of 2014. Its policies have failed to revive private investment, which is crucial for putting the economy back on the high growth trajectory and create jobs on a large scale.

Instead of unveiling policies to support sagging economic growth, the government’s demonetisation exercise created a severe cash crunch and stalled economic growth. The GDP growth rate in the January-March 2017 quarter plunged to 6.1 per cent, the lowest in last two years, depriving the country of its coveted ‘fastest-growing economy’ tag.

The NDA government has promised to double farmers’ income by 2022. However, that sounds far-fetched for now, considering the economic distress rural India is facing. Following the recent crash in agriculture prices, farmers are being forced to sell their produce below the cost of production. They borrowed from banks and local moneylenders at the time of sowing crops but are now not in a position to repay. Unable to cope with the financial distress, there have been cases of farmers’ suicide. In Madhya Pradesh alone, as many as 45 indebted farmers committed suicide between June 12 and July 10, as per one estimate.

While the rollout of the Goods and Services Tax (GST) has been by and large smooth, there is a lurking fear that it could hurt demand in the short term. For this year, the government has kept the growth target for indirect tax collection modest fearing disruption in economic activity following implementation of the GST.

Meanwhile, Prime Minister Narendra Mode justified his November 8 note ban decision by saying it was aimed at unearthing black money, forcing fake currency out of circulation and choking terror financing. While these goals can be described as work in progress, demand took a hit, which has in turn hurt economic growth momentum. All official data and private surveys point to destruction of demand and the consequent economic slowdown.

The NDA had promised to create 1.2 crore jobs a year during the 2014 Lok Sabha campaign. However, the government’s record on job creation has been poor. Its policies have led to massive lay-offs, making the tall promises on job creation sound hollow. For example, widespread lay-offs have been reported across sectors in the wake of note ban. According to a recent survey by the Centre for Monitoring Indian Economy (CMIE), a private agency, nearly 1.5 million jobs fell vacant as a consequence of the note ban. CMIE’s data is based on the result of consecutive waves of household surveys performed from January 2016 to April 2017 (sample size: 161,617 households across India).

“The workforce (persons greater than 14 years of age) swelled by 9.7 million to 960 million during January-April 2017. But the number of employed shrunk,” Mahesh Vyas, head of CMIE, said in a recent post.

The impact of note ban still lingers on industrial growth. Factory output slumped to 1.7 per cent in May from 8 per cent reported for the same month last year. The output of the capital goods segment, considered as key indicator of investment, shrunk by 3.9 per cent compared to the strong growth of 13.9 per cent witnessed in the same period last year. The consumer durables segment too saw a decline.

India’s job market shows no signs of recovery in the current quarter with companies reporting their weakest hiring plans since 2005, driven by stress in India’s telecom and IT industries, and global uncertainties, according to a survey by ManpowerGroup, a staffing firm.

Only 16 per cent of the 4,910 employers surveyed plan to increase hiring, down from 37 per cent during the same period last year, according to ManpowerGroup Employment Outlook Survey. With 1 per cent employers forecasting a decrease and 61 per cent expecting no change in hiring plans, the Net Employment Outlook for the current quarter (July-September 2017) stands at 14 per cent, after the adjustment of seasonal variation, the firm said.

The Net Employment Outlook registered a 3 percentage point drop quarter-on-quarter and 21 percentage point year-on-year leading to the weakest hiring plan since the inception of the survey 12 years ago. Net Employment Outlook is the difference in percentage of employers expecting to see a drop in employment and the percentage of employers expecting an increase in hiring activity. Hiring plans are weak for companies irrespective of size and the region where they are based, the survey said.

Retail inflation hit a historic low in June. However, this is not a cause of celebration. On the contrary, it should cause alarm bells ringing among policy makers, say economists. “Food deflation is not very good news for farmers and especially vegetable and pulses farmers. The distress level of farmers with low productivity growth and low price growth is unlikely to reduce and may lead to more farmer unrest and increasing clamour for farm loan waiver from other states,” warned Devendra Kumar Pant, chief economist, India Ratings and Research.