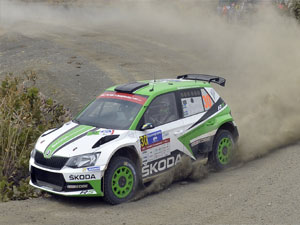 Tata Motors, India’s biggest automobile maker by revenues, and German Volkswagen-controlled Skoda Auto have ended their strategic partnership in what can be described as one of the shortest ties in automotive history in the country.

Both automobile majors, who are struggling to sell their cars in the fiercely competitive world’s fifth biggest car market, had declared their much talked about plans in March 2017 to work jointly on future products and technologies.

When the agreement was signed, it was decided that both the parties would adapt Tata’s AMP or Advanced Modular Platform, which was working out to be initially cost-effective.

However, during further research, it was found that to use it for Skoda cars, the Czech manufacturer would have to make a huge investment. At this point Skoda officials are believed to have pointed out that adapting the Volkswagen Group’s MQB platform for new products in India would work out to be a tad cost-effective. Skoda India currently has its volume driver from the old PQ25 platform – the Rapid. Its other cars like the Superb and Octavia are based on the newer platform.

Thus, after carrying out a joint technical feasibility and commercial evaluation of a potential collaboration, both the companies have jointly concluded that the envisioned areas of partnership may not yield the desired synergies as originally assessed.

“Skoda Auto has assessed and evaluated a potential strategic collaboration with Tata Motors over recent weeks and months,” Skoda said in a statement on Thursday.

“In doing so, both companies have concluded that at present, neither the technical nor the economic synergies are achievable to the extent desired by both parties. As a result, a planned strategic alliance will no longer be pursued for the time being. Both companies would like to emphasise that following the intensive and constructive discussions of the last few months, they are not ruling out possible future collaborations,” the statement said.

Tata Motors, Volkswagen and Skoda had agreed to form a non-equity based partnership to work on areas like cost-effective products for low-cost markets like India. This also encompassed expensive future technologies such as alternative fuels, electric cars and driverless vehicles. The tripartite venture kicked off in March this year when heads of three companies met on the sidelines of the Geneva Auto Show and signed a memorandum of understanding (MoU).

Even as talks with Skoda Auto is aborted, Tata Motors will continue to explore future possibilities with the Volkswagen Group.

“We have evaluated the technical feasibility and degree of synergies for the envisioned partnership. We have concluded that the strategic benefits for both parties are below the threshold levels. However, we remain positive of exploring future opportunities with the Volkswagen group, given the relationship of mutual respect that we witnessed during the phase of our cooperation discussions,” Guenter Butschek, CEO and managing director at Tata Motors, said in a separate statement.

Tata Motors will continue to pursue its standalone product strategy to bring exciting and world-class products to its customers, it added. The company, which posted a loss of

Rs 467 crore in the recently concluded quarter on the stand-alone level, has cut down on costs, discontinued unfeasible projects and cut its manpower to be back in the black.

Compared to Tata Motors the partnership would have benefited Volkswagen more considering the lacklustre presence the German company has in India since its debut in 2007.

While Tata Motors has a well-defined product roadmap till 2022 involving pruning of platforms and reducing it to just two on which all of its future products would be housed, Volkswagen does not have a concrete roadmap for India yet. Tata Motors was to benefit from Volkswagen’s advanced technology in areas of electric drivetrain, hybrids, connected cars and even driveless cars. While Tata Motors is independently pursuing each of these technologies a successful partnership with the German partner would have helped it leap frog several years of development cycle.

According to its plans, Tata Motors was to launch cars starting calendar year 2019, if the partnership was successful. Talks for a partnership between Tata Motors and Volkswagen began before July last year under the leadership of Cyrus Mistry, the ousted Tata Group chairman.