The price of imported all new Land Rover Discovery starts at Rs 68.05 lakh 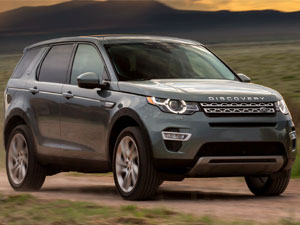 Claimed as one of the best ‘Family SUV’ in the world, the imported new Discovery from UK will rival the likes of the Audi Q7, Mercedes-Benz GLE and BMW X5 in the Indian market.

The seven-seater SUV will be available in five variants and with petrol and diesel engine options, with the range-topping First Edition diesel trim costing Rs 1.03 crore.

The Discovery is powered by a 3.0-litre turbo-petrol V6 engine that makes 340hp and 450Nm of torque, and a 3.0-litre V6 diesel that churns out 258hp and 600Nm of twisting force. Both engines send power to all four wheels via an eight-speed auto box.

“The fifth generation of the Discovery family is Land Rover’s most versatile SUV yet, with easily configurable seating options, ingenious in-vehicle technology, and best-in-class all-terrain capabilities,” the Mumbai-based automobile major said in a statement.

The new Land Rover Discovery will go on sale in India from November from its 25 authorised retailers in the country.

“More and more of our discerning customers today are seeking new experiences, adventures and avenues for an outdoor lifestyle with family and friends. The all-new Land Rover Discovery is the only vehicle they will ever need to fulfill all their desires and aspirations,” Rohit Suri, managing director at Jaguar Land Rover India, said.

The premium luxury SUV comes with a long list of goodies including the InControl infotainment system with a 10-inch display paired to a six-speaker audio system, two sunroofs, parallel-park assist, a heads-up display, a 360-degree camera and the optional Terrain Response 2 system.

Land Rover is also readying its brand new Velar SUV for an India launch, which is expected to happen soon.