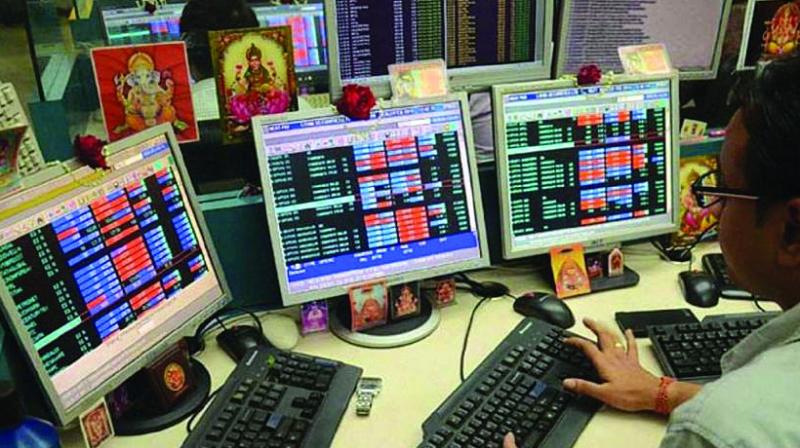 On the other hand, Bharti Airtel, HDFC Bank and NTPC ended with gains.

Experts are of the view that GDP growth for Q2 is expected to be lower than the 5 per cent in Q1.

Bourses in Hong Kong, Tokyo, Kospi and Seoul ended in the red as US law supporting pro-democracy protesters in Hong Kong put a dampener on hopes of an early trade truce over tariffs.

Stocks in Europe were trading on a positive note.

On the currency front, the rupee depreciated 17 paise (intra-day) against the US dollar to 71.79.

Brent crude, the global oil benchmark, fell 0.79 per cent to USD 62.77 per barrel in futures trade.