Oil prices have been squeezing higher on escalating tensions in the Middle East. 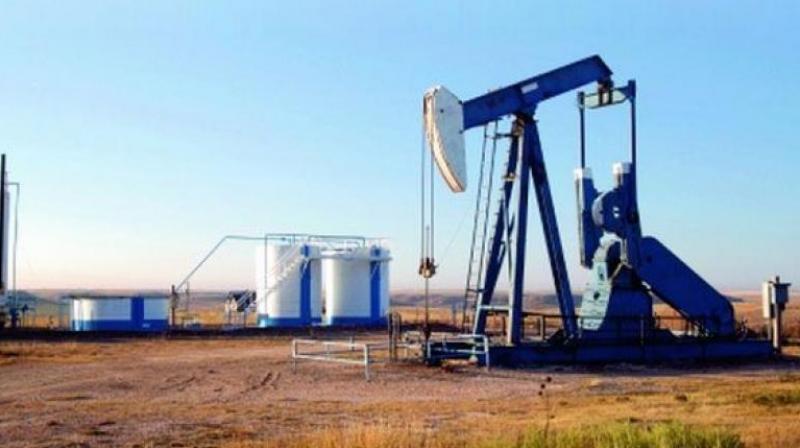 Analysts said the gains were mainly driven by American Petroleum Institute (API) data showing a fall in US crude inventories.

Sydney: Oil prices rose more than 1 poer cent on Wednesday to their highest in nearly a month as industry data showed US crude stockpiles fell more than expected, underpinning a market already buoyed by worries over a potential US-Iran conflict.

Front-month Brent crude futures, international benchmark for oil, were up 1.3 per cent at USD 65.91 by 0341 GMT. They earlier touched their highest since May 31 at USD 66 a barrel.

US West Texas Intermediate (WTI) crude futures were at USD 58.98 per barrel, up 1.8 per cent from their last settlement. WTI earlier hit its strongest level since May 30 at USD 59.03 a barrel.

Analysts said the gains were mainly driven by American Petroleum Institute (API) data showing a fall in US crude inventories.

“Oil prices have been squeezing higher on escalating tensions in the Middle East. But with late-day draws showing up in the API report, this is a strong signal for the energy market,” Innes said.

The data came as traders watched for any signs that tensions between the United States and Iran could escalate into military conflict.

US President Donald Trump threatened on Tuesday to obliterate parts of Iran if it attacked “anything American”, in a new war of words with Iran. Tehran has condemned a fresh round of US sanctions as “mentally retarded”.

Bilateral tensions between the two have spiked anew after Iran shot down a US drone last week in the Gulf. Relations have been tense since Washington blamed attacks on oil tankers just outside the Gulf in May and June on Iran, while Tehran has repeatedly said it had no role in the incidents.

Conflict between Washington and Tehran has stoked fears that shipments passing through the Strait of Hormuz - the world’s busiest oil supply route - could be disrupted.

Seeking to calm a nervous market, the head of national oil company Saudi Aramco said on Tuesday the company can meet the oil needs of customers using its spare capacity.