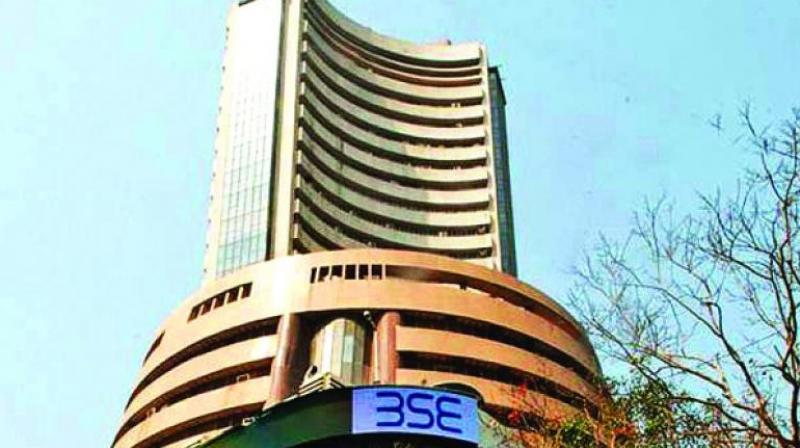 Mumbai: The Indian stock market made a massive rally on Friday, driven by the corporate tax cut announced by Finance Minister Nirmala Sitharaman.

The biggest gain for the Sensex was 2,111 points rise on May 18, 2009. Percentage-wise, the Sensex was up 6.15 per cent on May 16, 2014 when Prime Minister Narendra Modi had formed the government for the first time after winning the general elections with a thumbing majority. And for the Nifty, the biggest intra-day gain earlier was 713 points on May 18, 2009.

Investor wealth rose by Rs 7 lakh crore as market capitalisation of all companies listed on the BSE climbed to Rs 145 lakh crore at the end of trade on Friday.

Auto companies such as Hero MotoCorp (12.52 per cent) and Maruti (10.89 per cent) were the top gainers among Sensex companies. Also, bank and financial companies, including Bajaj Finance, SBI, HDFC Bank and ICICI Bank, gained 7-10 per cent.

“This is not bigger than budget, this is bigger than last 20 budgets," said Samir Arora, the Singapore-based fund manager and founder of Helios Capital in a tweet.

Until now, business income was taxed at 30 per cent, excluding cess and surcharge, for companies having sales of above Rs 400 crore, and new manufacturing companies were taxed at 25 per cent. The tax rate cuts are likely to encourage businesses to invest more in India.

“Government has rolled out a red carpet that would ensure hundreds of billions of dollars of FDI and FII flows over the medium term. Equity markets would rejoice as the multi-year cycle of earnings downgrade will finally come to an end. It is in a true sense an early arrival of festival of lights (Diwali) and banishment of long period of darkness and gloom bothering the Indian economy," said Ajay Bodke, CEO, PMS Prabudas Lilladher.

According to experts, at a time when the trade war between the US and China has disrupted global supply chains, companies looking to shift manufacturing units out of China to escape punishing US tariffs could find India’s new tax regime attractive.

The new corporate tax reforms by the government will help revive the economic outlook in the coming quarters.

“Foreign institutional investors  now have a good reason to come back to India and this progressive step will stimulate consumption and ignite the capex cycle.