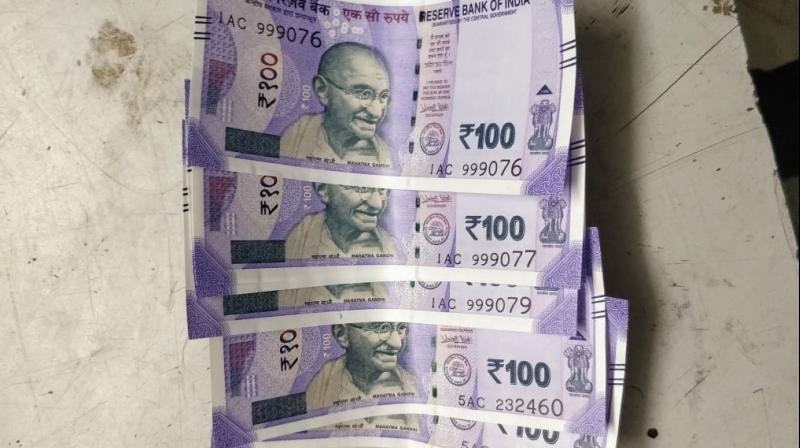 The 10-year government bond yield was at 6.47 per cent in morning trade. (Photo: DC)

Mumbai: The rupee opened on a weak note and fell 9 paise to 71.80 against the US dollar in opening trade on Wednesday as US-China trade deal concerns weighed on the investor community.

Forex traders said, the decline in the domestic unit was largely in tandem with other Asian currencies, after US President Donald Trump said China tariffs will go 'even higher' without a deal.

"If we don't make a deal with China, I'll just raise the tariffs even higher," he told reporters at the White House.

Moreover, sustained foreign fund outflows and strengthening of the American currency vis-a-vis other currencies overseas dragged down the local unit.

The rupee opened weak at 71.80 at the interbank forex market, down 9 paise over its last close.

The rupee had settled at 71.71 against the US dollar on Tuesday.

The dollar index, which gauges the greenback's strength against a basket of six currencies, rose by 0.03 per cent to 97.88.

The 10-year government bond yield was at 6.47 per cent in morning trade.