At the interbank foreign exchange, the rupee opened marginally higher at 72.05 against the US dollar. 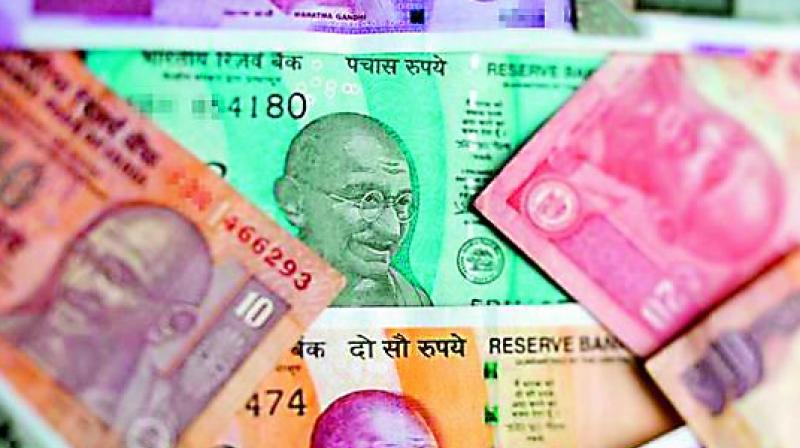 At the interbank foreign exchange, the rupee opened marginally higher at 72.05 against the US dollar, before turning negative and dropping 15 paise to 72.24 against its previous close.

On Wednesday, the local unit crashed 62 paise to hit an over two-month low of 72.09 to the US dollar as poor macro data and lingering worries over US-China trade war weighed on sentiment.

Retail price based consumer inflation spiked to 16-month high of 4.62 per cent in October on costlier food items, reducing the headroom for a rate cut by the RBI in its monetary policy due next month.

The inflation in the food basket spiked to 7.89 per cent in October 2019 as against 5.11 per cent the preceding month, showed the data released by the Central Statistics Office under the Ministry of Statistics and Programme Implementation on Wednesday.

On the global front, Federal Reserve chief Jerome Powell the US economy is likely to continue to grow, but faces continued risks from the global slowdown and trade disputes, which have already dampened expansion.

Also, China's industrial output grew much slower than expected in October, as its trade war with the US weighed its overall economy.

The dollar index, which gauges the greenback's strength against a basket of six currencies, slipped 0.02 per cent to 98.35.