"Monday's the market fall has been due to a combination of global and domestic factors. 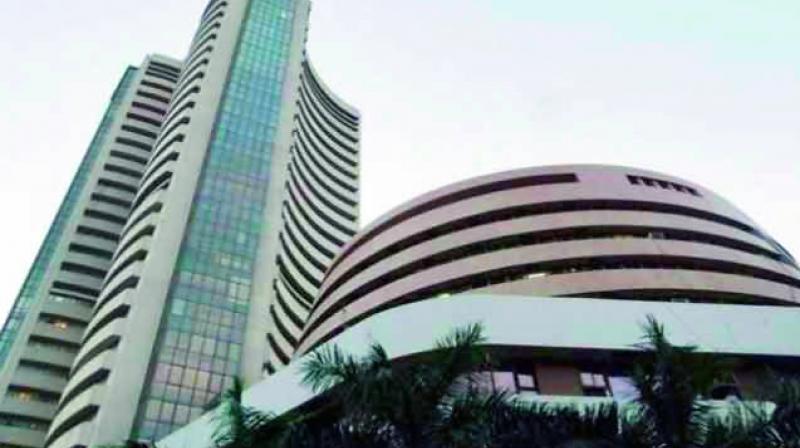 In the two sessions of Friday and Monday, the BSE market capitalisation plummeted by Rs 5,61,772.64 crore.

Mumbai: Investor wealth has eroded by Rs 5 lakh crore, as the Sensex tanked over 1100 points in two trading sessions, following the massive sell-off post-the Union Budget that disappointed the market.

Monday saw market capitalisation of the BSE going down by Rs 3.39 lakh crore after the Sensex plummeted 793 points over the Budget overhang and heavy sell-off in global equities. After Monday's dip of Rs 3,39,192.97 crore, the market value of BSE-listed companies stood at Rs 1,47,96,302.89 crore.

In the two sessions of Friday and Monday, the BSE market capitalisation plummeted by Rs 5,61,772.64 crore. The Index had dropped 394.67 points on Friday.

"Monday's the market fall has been due to a combination of global and domestic factors. Globally, a positive payroll expansion ahead of estimations has led to a fear of anticipated Fed rate cut not coming through. Domestically, proposals in the Budget to increase the minimum public shareholding levels to 35 per cent was a dampener along with a 20 per cent tax on share buybacks," said Pradeep Kesavan, Senior Vice-President, Equity Strategy, Institutional Equities, Elara Capital.

In her maiden Budget speech, Finance Minister Nirmala Sitharaman said it was the right time to consider an increase in minimum public shareholding from 25 per cent to 35 per cent.

As many as 1,174 listed firms, including giants like TCS, Wipro and DMart, will have to offload promoter stakes worth about Rs 3.87 lakh crore, a Centrum Broking report said. It also proposed to impose higher tax on high networth individuals (HNIs), which didn't go down well with large investors.

"The market fall on Monday was on account of concerns over future fund flow into the secondary market and scam revelation at Punjab National Bank. Fears around squeeze in secondary market liquidity is also due to proposed higher public shareholding norms," said Amar Ambani, President and Research Head, YES Securities.

All the BSE sectoral indices ended in the red, with capital goods, realty, automobile, power, industrials, finance, banking indices falling by up to 3.78 per cent.

In the broader market, the BSE Mid-Cap and Small-Cap indices fell by up to 2.46 per cent.