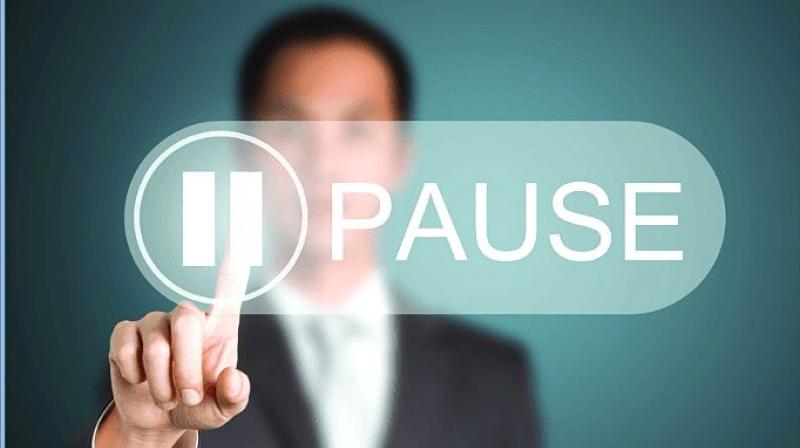 The decision came after Bajaj Finance challenged Sebi's decision to return to Karvy’s clients the securities that the broking house had illegally pledged to raise money for itself.

Mumbai: The Securities Appellate Tribunal (SAT) has directed the National Securities Depository (NSDL) to stop transfer of the remaining investor securities that  Karvy Stock Broking had pledged with lenders.

The decision came after Bajaj Finance challenged  Sebi's decision to return to Karvy’s clients the securities that the broking house had illegally pledged to raise money for itself.

The tribunal also asked the Securities and Exchange Board of India to hear out the lender's concerns by December 4 and pass an order by December 10.

NSDL has transferred securities worth Rs 2,013.77 crore to the accounts of 83,806 clients who have paid full amount for these securities.

Lenders fear that they would be unable to recover money from the brokerage once the pledged shares are shifted to clients' accounts.

Karvy has taken loans to the tune of Rs 600 crore by pledging securities worth more than Rs 2,300 crore of 95,000 clients with various lenders, including Bajaj Finance.

Of these, 95,000 clients, nearly 83,000 have got back their securities, which were were illegally transferred by KSBL to its own account.

Bajaj Finance, which appealed against the Sebi-NSDL decision, has given loans to the tune of Rs 345 crore to Karvy against pledged securities.

Most of the remaining accounts are in dispute with Karvy Stock Broking, so they may get their money/securities only after clearing dues with Karvy.

The latest SAT ruling puts a question mark on the receipt of securities for these investors.

Bajaj Finance had lent Rs 100 crore after Sebi's June circular that mandated segregating client and proprietary accounts. This could indicate that Bajaj Finance does not have a strong claim in the case.

Since most shares were kept as securities for loans made by banks, any "unilateral" transfer of shares will have a chilling effect on this stream of lending, tehy argued.

HDFC Bank has lent Rs 400 crore to Karvy based on the pledged shares.

The counsel for the banks sought immediate freezing of all securities that have been transferred to client accounts. "Pledged shares cannot be transferred without the consent of the banks," the counsel said.

The counsel further argued that going forward banks will be forced to seek additional collateral from all brokers due to Sebi's December 2 action.

The regulator, through an order passed on November 22, had barred KSBL from taking new clients in respect of its stock broking activity and also prevented it from using the power of attorney (PoA) given by clients after the broker was found to have allegedly misused clients' securities.

The order was a result of a preliminary report forwarded by the NSE on the non-compliances observed with respect to pledging/ misuse of client securities by Karvy.

The SAT has asked the regulator to hear "the appellant (Bajaj Finance) on the basis of their representation dated November 23, and or any other additional representation which they may like to make.

If the appellant is desirous to make any additional representation it shall be made latest by December 4."

It further directed Sebi "to consider the representation(s) of the appellant and, after giving an opportunity for personal hearing, pass an order as per law latest by December 10.