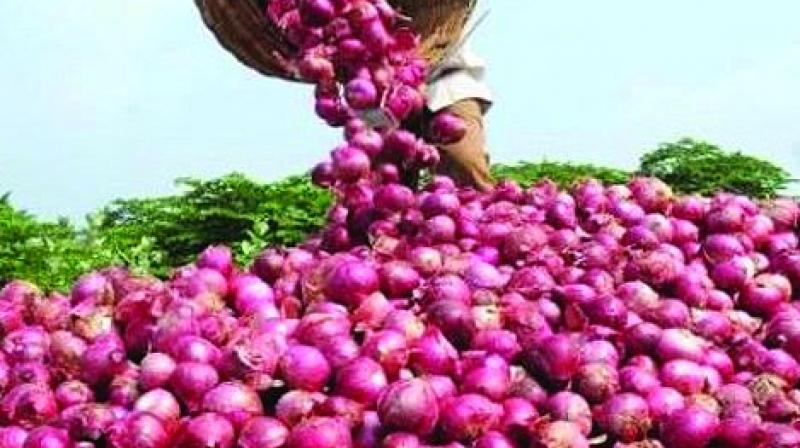 Dhaka/Mumbai: Onion prices in Bangladesh have doubled over the past two weeks after floods ravaged the crop and as imports from top supplier India became expensive after New Delhi withdrew incentives for overseas sales, industry officials told Reuters.

Prices in Bangladesh doubled to 50 taka ($0.59) per kg because of floods and traders say they could rise further ahead of the Eid-ul-Adha festival in August, when demand usually goes up for the vegetable.

"The upward trend due to supply shortage could continue over the next few months," said Dhaka-based trader Hazi Shahid, adding the country has to raise imports from India to calm prices.

Severe flooding has killed at least 61 people, displaced nearly 8,00,000 and inundated thousands of homes across one-third of Bangladesh, government officials said on Tuesday, after two weeks of heavy monsoon rains.

The price rise has become a headache for the government of Bangladesh Prime Minister Sheikh Hasina, which may plan sales of subsidised onions through the state-run Trading Corporation of Bangladesh (TCB).

"The price hike is like a nightmare for me. If prices of onions don't come down soon, we'll start selling in the open markets through the TCB," Commerce Minister Tipu Munshi said.

India withdrew 10 per cent export incentives on onion in June after the prices of the bulb jumped 47 per cent in a month in the local market due to dwindling supplies.

As the subsidy has been withdrawn, Indian exporters have to charge more for overseas sales, said Ajit Shah, President of the Mumbai-based Onion Exporters' Association.

Even in India supplies are limited and the planting of summer-sown crops has been delayed in some areas due to low rainfall, Shah said.

India's monsoon rains to date have been 19 per cent below average since the season began on June 1, according to the India Meteorological Depart-ment.

During the same time, Bangladesh imported 5,78,111 tonnes of onions from India, according to data compiled by India's Agricultural and Processed Food Products Export Development Authority.

Onion prices in Bangladesh are unlikely to come down unless prices fall in India with a bumper production, said an exporter based in Kolkata, adding, however, that the "Indian crop is not looking great due to uneven distribution of monsoon rains."