Net disbursals by NBFCs/HFCs to real estate developers declined by almost half from about Rs 52,000 crore in 2017-18. 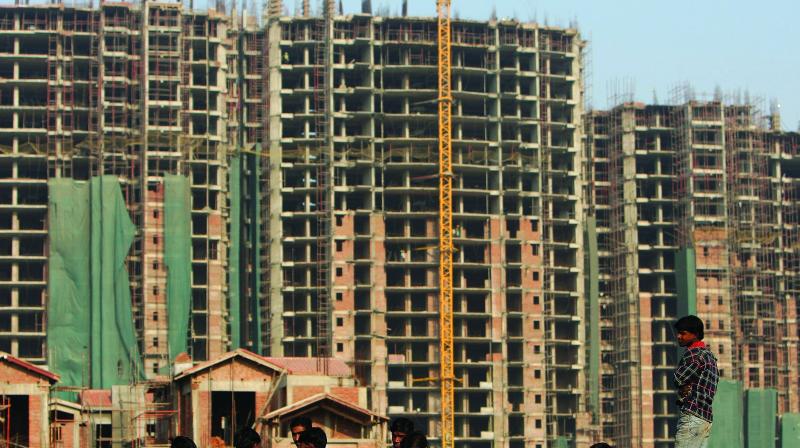 The share of the large NBFCs/HFCs accounted for an estimated 50-60 per cent of lending to real estate developers.

New Delhi: Lending to real estate developers by non-banking finance companies and housing finance firms (HFCs) fell by almost half to about Rs 27,000 crore because of liquidity crisis triggered by IL&FS default in September last, according to a report by property consultant JLL.

With large non-banking finance companies (NBFCs) and HFCs shying away from fresh lending to real estate developers, smaller ones have come to the rescue of builders and provided Rs 4,000 crore fund during the second half of the last financial year, it added.

NBFC and HFC funding was normal during April-September 2018, but due to the crisis, the lending slowed down substantially during the second half of 2018-19, considered to be the peak period for lending activities.

With banks not willing to fund real estate developers, the consultant said, the dependence of developers on NBFCs/HFCs had increased over the years.

"On the back of continuous shrinkage of bank finance to developers, NBFC funding got a priority because of the lower cost of funds compared to institutional investors. Flexibility in the structuring of payments made NBFCs and HFCs a preferred choice for developers," he said.

The share of the large NBFCs/HFCs accounted for an estimated 50-60 per cent of lending to real estate developers.

"The lending by these players came to a standstill after the default crisis. Rather they focussed more on recovering their dues fearing default from developers. Most of them re-organized their asset portfolio leading to lower real estate sector lending. The default crisis also led to a sea change in lending behaviour with stringent credit guidelines in place," Nair said.

To fill this gap, he said the small and medium NBFCs/HFCs have stepped in and they are actively lending in the range of Rs 30-70 crore.

However, he said there is a perceptible decrease in the average lending ticket size after the crisis. Previously, most of the lending happened in the ticket size above Rs 150 crore, while in some cases even higher value loans were sanctioned.

JLL said the NBFC crisis has led to a new lending paradigm.

"Lending has now become selective and demands a lot of financial discipline. NBFCs/HFCs started lending in relatively smaller tranches to developers with better credit record and ability to sell residential units in mid-segment and affordable category," the report said.

Funding approval apart from stringent credit norms has been based on the financial strength of the entity and not just a specific project. Lenders are ensuring that they have adequate security against the money lent in terms of assets and guarantees.

On the other hand, responsive developers have adapted quickly to the stringent credit norms by injecting financial discipline and hiving off assets/projects.

"However, all is not negative as it was even a few months ago. Recovery will take time. We believe the new credit discipline will benefit the real estate sector in the medium to long term," Nair said.

The consultant said the new government has taken cognizance of the struggling NBFCs and a provision has been made in the Budget to create Rs 1 lakh crore one-time partial credit guarantee to public sector banks (PSBs).

"This will enable PSBs to purchase high-rated pooled assets of financially sound NBFCs with provision for the first loss up to 10 per cent. While this government guarantee would not help clean the NBFC mess, it will provide immediate relief to the sector by restoring confidence among NBFCs," the report said.

The consultant believes that this move by the government is likely to iron out the current challenges for the NBFCs and in turn help the real estate sector.

"The impact of the government's measure will take some time to yield results. As a result, NBFCs will witness recovery toward the beginning of the year 2020," Nair said.