The report found that Jio's 4G services are available to users 97.8 per cent of the time, Airtel stood second with 89.2 per cent. 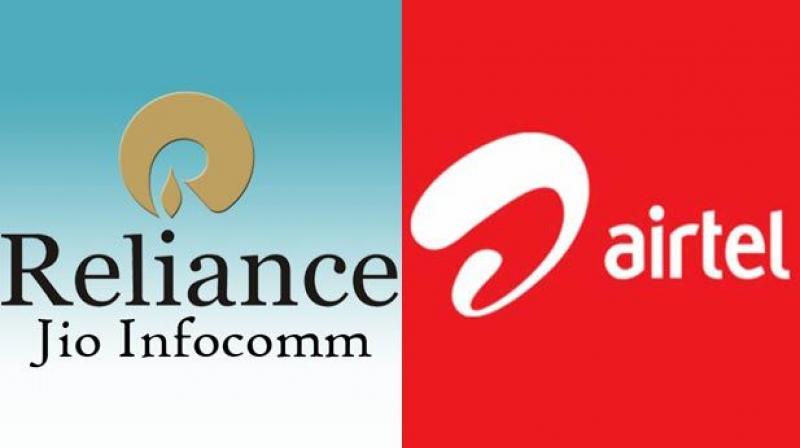 New Delhi: Bharti Airtel has the best 4G network in terms of data speed and video streaming while Idea takes the lead in data upload speed, according to mobile services analytics firm Opensignal.

The UK-based firm found that Reliance Jio's 4G services are available to users 97.8 per cent of the time while Airtel stood second with 89.2 per cent.

Due to availability of 4G services most of the time on Jio, Opensignal has found latency experience on its network better in overall score compared to other operators.

"Interestingly, Airtel's 4G Latency score of 53.6 millisecond takes a lead over Jio. This reinforces the importance of offering users high 4G availability: Jio being a 4G-only operator and having superior 4G availability meant that our users on its network spent the most time connected to faster 4G networks, allowing the operator to win our overall Latency Experience award," Opensignal said.

Latency affects the mobile data experience. The lower the latency, the better is the experience on mobile applications, services, video streaming, calling from apps etc.

The report found Vodafone network to be the best for making voice calls from mobile applications, and Idea network in terms of upload speed of 4 mbps on 4G network and 0.9 mbps on 3G network.

Opensignal claims that it conducted survey in 42 Indian cities covering 76.77 lakh devices for a period of 90 days starting June 1, 2019.

"Once again, Airtel claimed the award in our overall Download Speed Experience category with a winning score of 9.6 mbps. Conversely, our users experienced the greatest improvements on Vodafone and Idea's networks, as their current overall scores grew by at least 2 mbps ? to reach 7.9 mbps and 7.6 mbps, respectively ? outpacing Jio's download speed experience of 6.7 mbps," the report said.

State-run BSNL, which has 3G network across the country and 4G in small pockets, lagged in data download speed with 3.1 megabit per second (mbps) speed.