Plan to cut stake to 75 per cent in state-run firms. 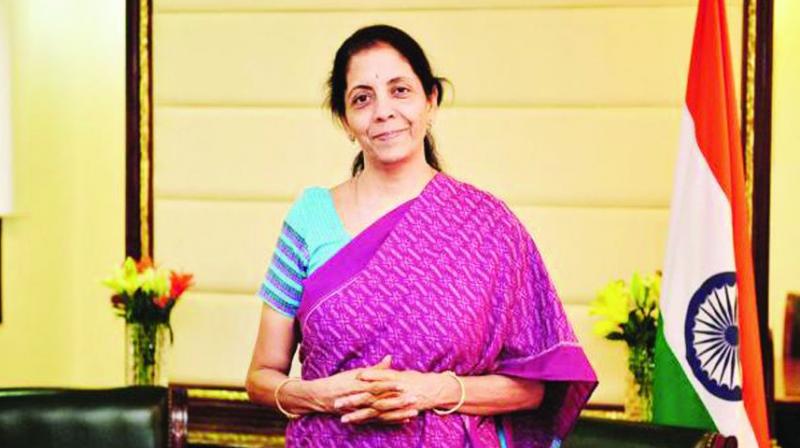 New Delhi: The government aims to raise up to Rs 15,000 crore ($2.18 billion) by reducing its stake in 18 state firms to 75 per cent, a Finance Ministry official involved in the matter said on Monday, as it looks to boost revenues and rein in the fiscal deficit.

Finance Minister Nirmala Sitharaman set an ambitious target of Rs 1.05 lakh crore from the sale of stakes in state-run firms compared with Rs 85,000 crore the previous year, in her budget on Friday for the fiscal year that began on April 1.

While a third of the divestment target will be met by the outright sale of state enterprises, including Air India, the other sales will be done through a rule under which all listed entities must have a public float of at least 25 per cent after three years of listing.

But governments have been putting this off for state firms, winning extensions from the Securities Exchange Board of India (Sebi) each year.

"The government will aim to meet the Sebi norms in state-owned companies this fiscal," said the ministry official, who declined to be identified as he is not allowed to speak to the media, referring to the Securities and Exchange Board of India.

The government is planning to sell 10 per cent each in state-owned reinsurers General Insurance Corporation of India (GIC) and New India Assurance (NIA) which will bring its holding down to 75 per cent in the two giant companies.

In her Budget, Sitharaman proposed increasing the minimum public shareholding for listed entities to 35 per cent from 25 per cent as part of efforts to make the market more accessible to retail investors. But the Finance Ministry official said the new regulation would require at least two years to go into force after Sebi approval.

Asia's third largest economy is banking on state enterprise sales, dividends from the central bank and additional levies and taxes to meet a fiscal deficit target of 3.3 per cent of gross domestic product from 3.4 per cent previously announced.

The government also plans to sell at least a five per cent stake in CIL and ONGC, the official said.