Donald Trump sees no deadline for a China trade deal 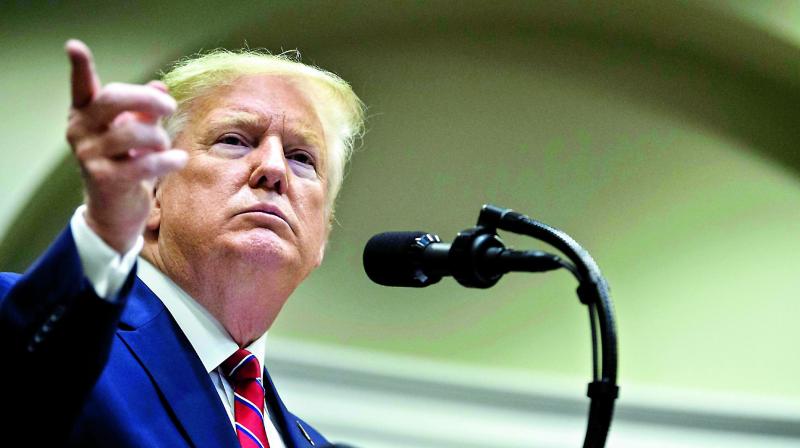 President Donald Trump signalled he would be willing to wait for another year before striking a trade agreement with China, casting doubt on the likelihood of a phase-one accord within weeks between Washington and Beijing.

“I have no deadline,” he told reporters Tuesday on London when asked if he wanted an agreement by year end.

Stocks dropped in Europe and US equity futures sold off as Trump’s comments indicated no urgency to reach a deal by Dec. 15, which US Commerce Secretary Wilbur Ross on Monday called a “logical deadline.” The Trump administration has threatened to impose tariffs on more Chinese imports starting that day. Those levies would hit American consumer products such as smartphones, toys and childrens’ clothing just before the Christmas holiday.

“If nothing happens between now and then, the president has made quite clear he’ll put the tariffs in —the increased tariffs,” Ross said on Fox Business Network.

A flurry of US trade moves in the past 24 hours has eroded investor optimism that Trump would ease up on tariffs that have slowed the global economy. Rather than ratcheting down trade tensions, Trump is indicating confidence that his import taxes are good for America.

“US markets are up as much as 21 per cent since the announcement of Tariffs on 3/1/2018—and the US is taking in massive amounts of money (and giving some to our farmers, who have been targeted by China)!” Trump tweeted on Monday.

Speaking to reporters on a trip to attend a summit for the 70th anniversary of NATO, Trump suggested that in some ways, it might be better to wait until after the US presidential election next November.

“I like the idea of waiting until after the election for the China deal. But they want to make a deal now and we’ll see whether or not the deal is going to be right. It’s got to be right,” he said. “The China trade deal is dependent on one thing: Do I want to make it? Because we’re doing very well with China right now and we could do even better with the flick of a pen.”

The dollar reversed early gains versus the yen, and Treasuries advanced.

The U.S. and China have been trying to conclude phase one of a trade deal that White House economic adviser Larry Kudlow said more than two weeks ago was “coming down to the short strokes.” Stocks have jumped to records on optimism for a truce in an 20-month tariff war between the world’s two largest economies that has led to tariffs on some $500 billion in bilateral trade.

Earlier on Tuesday, Chinese state media said the government would soon publish a list of “unreliable entities” that could lead to sanctions against US companies, signaling trade talks between the two nations are increasingly under threat from disputes over human rights in Hong Kong and Xinjiang.

end-of
Tags:
us president donald trump, wilbur ross
Latest From In Other News