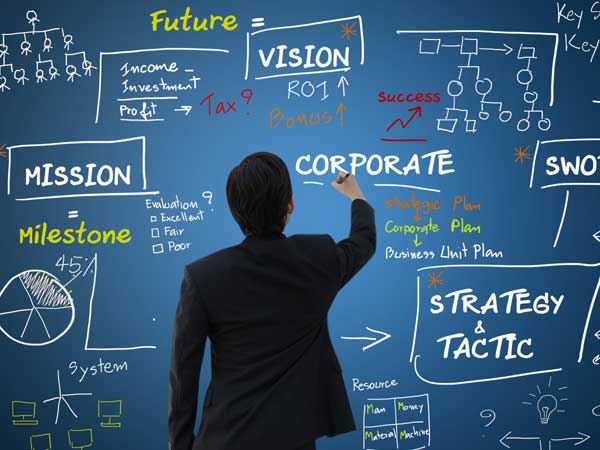 How biz friendly is India? RTI reveals it all

If a tree falls in a forest and no-one is around to hear it, does it make a sound?

The question has divided philosophers over the relative importance of truth and perception for centuries but it should be weighing heavily on India’s ministers.

A Right to Information request by revealed that ministers has gamed the World Bank’s reporting criteria to boost India’s Doing Business ranking - the influential indicator of how business friendly a country is for investors.

India hasn’t become noticeably easier as a place for foreigners to do business, but ministers can at least now tell a better story of continuing growth.

On October 31 when the World Bank revealed that India had leapt from 100th to 77th in its league table - it had been 142nd when ministers began their campaign - finance minister Arun Jaitley said that it had simply been a matter of “cracking the code.”

Documents revealed that ministers and officials rushed through a number of minor reforms at the beginning of the year specifically aimed at meeting World Bank’s criteria to improve India’s ranking. They removed the need for company seals for opening bank accounts, a previously-made pledge to digitise documentation, reduce the number of procedures and the number of days to start a venture from 30 to 16.

These tweaks proved highly successful in lifting India’s ranking and would be of some benefit to some businesses but few believe they will make India a more attractive to the major international investors it needs to create the millions of new jobs required to maintain its 7.3 per cent growth.

“If we are improving, why are we not getting more investment?” a former finance ministry bureaucrat said. These figures show that investment as a proportion of GDP has in fact fallen from 38 per cent in 2011 to 27 per cent in 2018, he added. Swathes of the investment forest had been felled, but the government wasn’t listening.

Another figure spells out why this matters? In its report ‘Jobless Growth?’ published in April, the World Bank said that India must create more than eight millions new jobs every year to maintain growth. Figures released from the employees provident fund organisation show that in the six months to February 2018, around three million new jobs were created - a figure which if matched in the following six months would leave two million people unemployed.

India needs foreign investment to create these jobs and investors need more reassurance than ministers and officials gaming the World Bank criteria to be persuaded it is a safer and more stable destination for their money.

The response of officialdom however remains satisfied that presentation and telling a better story is enough. Amitabh Kant, CEO of Niti Aayog said, “A lot of work has happened in the past four years and the rankings are a reflection of that.” Another former official put it more bluntly: “If the government has gamed the system.... so be it. Why didn’t the previous regimes do so? In the financial world perception and sentiment are as important as ground realities. A positive image or perception has to be cultivated assiduously.”

Despite challenges like “job deficient growth” the economic fundamentals are sound and criticism is “sour grapes.” he added.

It’s an astonishing statement of complacency and one which will certainly leave a bitter taste in the hungry mouths of the two million people.

More worryingly for those, like me, who wish India the real growth that puts cash in people’s pockets, it tells global investors that India is more focussed on quick fixes than creating the conditions for sustainable, job-creating growth.

It also reveals jugaad thinking in government strategy. Instead of removing the obstacles, they are simply being by-passed and hidden.

My work is to advise global businesses looking to invest in India and those who invested earlier but find themselves the victim of fraud, corruption, sudden changes in regulations and policy and their fears and problems map the ground reality for investors: a potentially lucrative market which requires eternal political and management vigilance, where rules and policy can change in the blink of an eye, where an understanding is understood only in the fleeting moment it was reached, and access to independent third party arbitration can be denied.

The casebook is a heavy tome. The $2 billion tax bill levied retrospectively on Vodafone several years after its acquisition of Hutch still gives investors goosebumps. The similar plight of Cairn Energy, which was hit with a $1.4 billion retroactive tax bill and had to write down the value of its stake in Vedanta after the government sold a block of its shares, also sends shivers.

More alarmingly its provision for third country arbitration was denied following a ruling earlier this year that India itself must be the seat of final recourse. This implications of this ruling have not yet been widely appreciated but could cause further damage.

At a business briefing on the Indian economy earlier this year, an executive from a British IT firm approached me to ask how he could persuade one of India’s largest state governments to pay longstanding bills amounting to millions of pounds.

A group of hedge funds has formed a firm view on how easy it is to do business in India after it suffered a serious fraud which wiped two-thirds of the value off its more than £240 million investment in a firm. Shares in the firm were manipulated by a group in the market to lift its price tenfold to convert a bond into equity. Its price then slumped to one thirtieth of its peak value, leaving the investors with worthless shares. The authorities found nothing was remiss, but the damage to India’s reputation was substantial.

There are, of course, legions of success stories among foreign investors in India, and it remains true to say any significant major global company would be foolish to ignore it - after all it will soon be the world’s largest market.

But to reap the demographic dividend and for its people to share in the windfall, India must become a more stable, predictable market, where strong, signals on probity, prudence, and good governance are heard loudly and clearly throughout the forest.