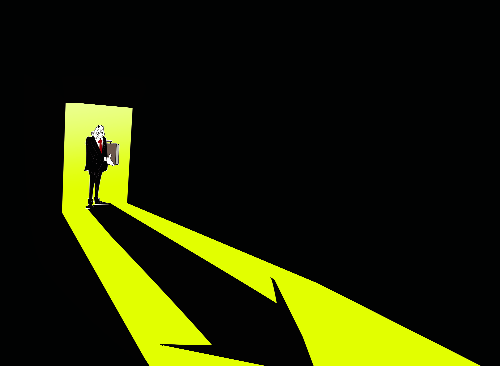 Investors’ losses and worries are piling up with more and more bad news flowing from corporate India. Be it Vedanta, DHFL or ICICI Bank, key stocks were bleeding on the Budget day, with their corporate governance standards getting thumbs-down from the investor community.

FPIs have already turned net sellers. They have pulled out Rs 4,262 crore in January and their overall outflow year-to-date stands at Rs 1,506 crore. While their pull out could be influenced by various global and domestic factors, a par of the blame should certainly go to falling corporate governance standards and rising cases of fund mismanagement by the corporate houses.

Sridhar A K, director and chief investment officer, IndiaFirst Life Insurance Company, said, “At a time when other factors in terms of macros are not looking advantageous, such incidences will add to the negative bias against the country in the minds of the foreign investors.”

Vedanta shares fell close to 20 per cent on Friday after analysts raised concern over Cairn India’s plan to buy $200 million worth of stock in African miner Anglo American Plc from Volcan Investments, its parent company and an Anil Agarwal family trust.

Dewan Housing Finance continued to bleed for the fifth session and fell 23.92 per cent on Friday to its one-year low, even as DHFL informed stock exchanges that it has appointed independent auditor to investigate allegations of financial mismanagement against the company.

ICICI Bank shares were also under pressure on Friday and closed 2.68 per cent down as S&P Global Ratings, in a bulletin issued during the market hours, said that the recent developments surrounding former ICICI Bank CEO Chanda Kochhar and the changing view of the bank's board of directors affirmed their view of generally weak governance and transparency in the Indian banking sector.

“The ICICI Bank board had in 2016 and early 2018 offered full-fledged support to Kochhar. The board's reversal of its previous strident support of Kochhar is significant in our view, and will likely result in boards across the sector being more careful in giving clean chits to key management personnel facing allegations,” S&P Global Ratings said.

Earlier last week, ICICI Bank had said that an enquiry committee headed by a former Supreme Court judge has observed that the bank's processes failed to detect Kochhar's violation of Indian laws and regulations and the committee primarily blamed Kochhar for her lack of diligence with respect to annual disclosures, which rendered the bank's processes ineffective.

The PNB stock too fell, by 4.77 per cent, on Friday, as S&P Global Ratings flagged concerns about generally weak governance and transparency in the Indian banking sector.

Drug-maker Sun Pharmaceutical Industries is facing questions on governance and the stock has been hammered several times recently after a whistleblower complained of fund diversion to market regulator Securities and Exchange Board of India.

A conference call organised by Sun Pharma promoter Dilip Shanghvi on December 3 couldn’t help much in alleviating investors concern over mismanagement of funds.

A second complaint by the whistleblower to Sebi has alleged huge transactions between Aditya Medisales, a Sun Pharma-owned subsidiary, and private companies of Sun Pharma promoters.

“In just over three years, between 2014 and 2017, Aditya Medisales has had over Rs 5,800 crore of transactions with Suraksha Realty, controlled by Sun Pharma’s co-promoter, Sudhir Valia, alleges the new 172-page complaint (with documents) sent by the whistleblower on Sun Pharma to the market regulator,” reported a finance and investment advisory publication.

It is feared the remedial measures being initiated by the law enforcement agencies may not be able to bring back investors confidence in these companies.

The Central Bureau of Investigation on January 24  filed a case of criminal conspiracy and fraud against Chanda Kochhar and her husband. According to the investigating agency, Kochhar headed a committee that sanctioned some high value loans to Videocon Industries, violating the bank's lending policies. This was in exchange for an investment by the consumer electronics company's owner in a business headed by Kochhar's husband.

The ICICI Bank board said it would revoke all of Kochhar's existing and future entitlements, and claw back bonuses paid to her from April 2009 to March 2018.

“The board's ability and willingness to claw back bonuses and other benefits when a person is deemed to be at fault is an important check that supports accountability and good stewardship of companies,” S&P Global Ratings observed.

Last year, CBI has also questioned former Punjab National Bank managing director Usha Ananthasubramanian. In May 2018, Ananthasubramanian was divested of her powers as MD and CEO of the Allahabad Bank following the biggest bank fraud allegedly carried out by diamond jeweller Nirav Modi and associates at the PNB.

Along with Ananthasubramanian, three other top officials, PNB executive directors KV Brahmaji Rao and Sanjiv Sharan and general manager (international operations) Nehal Ahad, have also been named for lapses in the handling of the SWIFT system, which allowed the fraud to be carried out. Ananthasubramanian, who was at the helm of PNB from August 2015 to 2017, allegedly did not comply with the year 2016 circular of the Reserve Bank of India on the Swift system, according to the CBI charge sheet in the matter.

The fall out of the growing corporate frauds is beginning to be felt on the markets in other ways, too. Last week Chalet Hotels’ Rs 1,641 crore initial public offering got almost nil response from the retail investors. According to sources close to the merchant bankers managing the issue, the negative sentiment in the primary market was partly owing to some of these large corporates facing governance issues.