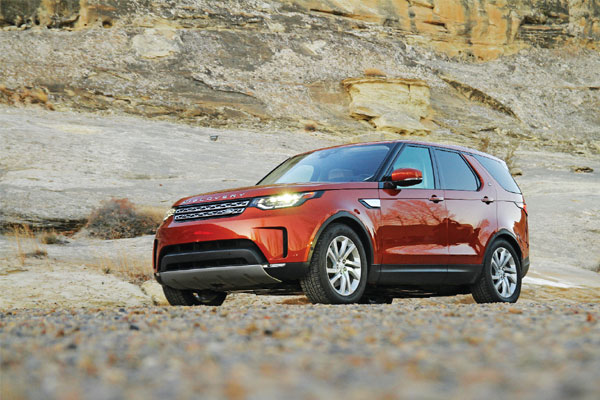 Automobile manufacturers in Asia’s third biggest car market have lined up a slew of enticing new models and refreshes to lure buyers in this on-going auspicious festival season.

French car giant Renault is all set to launch its much awaited premium SUV Captur on the occasion of Diwali festival, Skoda, a premium brand from German Volkswagen stable is also all set to debut the Skoda Kodiaq, a seven seater SUV on October 4 in Mumbai.

Jaguar Land Rover, the British iconic sports car maker, owned by Tata Motors will stir and excite the market with its much awaited Range Rover Velar whose launch will coincide with Diwali festivities. It is also launching its all new Land Rover Discovery, a SUV.  Its rival German brand Audi, the second largest luxury car maker in the country by sales, is all set to introduce all new second generation Audi A5 sedan, S5 and A5 Cabriolet on October 5 in Mumbai.

Other major car makers in the country, including Mahindra and Mahindra, India’s biggest utility vehicle makers by sales, and Toyota Kirloskar Motor are also set to launch facelifts of some of their existing models to create excitement and new buzz in the market.

Right from September through October, November and December the car automobile market witnesses a surge in sales as the festival period is considered auspicious to buy vehicles and other assets. In fact, industry honchos and auto experts say that car sales during September through December account for 25-30 per cent of the total annual sales.

“Automobile manufacturers launch their new cars and facelifts during this festival season when sales generally pick up rapidly and in huge volumes,” Subrata Ray, senior group vice president at ICRA Research told Financial Chronicle. He said buyers in fact wait for this festive season to make their purchases, including cars as this period is considered auspicious by the Hindus.

“With new cars in the showrooms, it is also good news for the auto makers as we expect sales to clock 9-10 per cent growth this year,” Ray said, pointing out that demonetisation which had disrupted the market and new GST regime was settling down now.

Concurred Abdul Majeed, auto expert and partner at PwC India, saying September to December is really a peak period for automobile market in the country. “People who have postponed their purchases now open their purses and buy new cars and other assets as they are also lured with huge discounts of many types,” he pointed out, saying it was a win-win situations for all stake-holders during this season.

Majeed said altogether this festive season will witness nearly 10 new and refreshed car launches in the country to spoil the buyers and budge them into buying their dream car.

In fact, this festive season appears to be the flavor of the SUVS. One in every four cars sold in the country is an SUV.

The Tata Motors first compact SUV, the Nexon with an aggressive starting price of Rs 5.89 lakh and going up to Rs 9.45 lakh at New Delhi showroom, the petrol and diesel engines undercut its rivals such as the Maruti Vitara Brezza (Rs 7.24 - 9.91 lakh) and the Ford EcoSport (Rs 7.10 - 10.71 lakh) by a decent margin.

Unlike Tata Tiago and Tigor, launched in a matured and crowded space, the Nexon is entering a segment that is at a very early stage of evolution.

This, Tata Motors expects, would help the company grow with the market. Guenter Butschek, CEO and managing director at Tata Motors said the Nexon model would address 71 per cent of the car market from the present 59 per cent which its other models covered in India’s growing passenger car market.

“Our focus is to introduce products that not only enhance the brand, but simultaneously align well with the rising aspirations of customer segments,” Mayank Pareek, president, passenger vehicles at Tata Motors, said.

As part of the aggressive turnaround strategy, Tata Motors have renewed focus on filling in product gaps and tapping the white spaces that will emerge, he pointed out.

Conceptualised as a lifestyle SUV for young progressive individuals, the Nexon is the culmination of this radical shift in thinking and will further expand Tata Motors’ addressable market, Pareek pointed out.

Renault, which unveiled its premium SUV, the Captur in Goa, would also be a hit in the country if priced well in this price conscious market. Auto experts said it is likely to be below Rs 15 lakh to take on rivals such as popular Hyundai Creta, Jeep Compass, Mahindra XUV 500, among others.

“The brand new Captur will be a game changer, bringing volumes like Kwid for us,” Sumit Sawhney, country CEO and managing director at Renault India Operations told Financial Chronicle.

Significantly, the top-end Captur, the Captur Platine will make its global commercial debut in India next month before Diwali festival. Captur Platine is the most premium version across Renault cars.

Sawhney said over the last few years, SUV sales in the country are growing exponentially, making it the fastest growing segment in India. “While 27 per cent of the sales came from utility vehicle segment in the country, compact SUVs below four meters accounted for 19 per cent of the total passenger car sales which crossed 3 million mark last fiscal,” Subrata Ray, senior group vice president at ICRA Research told Financial Chronicle.

The festive season that started from Ganesh festival in the last week of August and nine days of Navratras also included Dussehra and the festive season will continue till Dhanteras on October 17 and Diwali on October 19 and beyond till December giving fillip to car sales in the country.