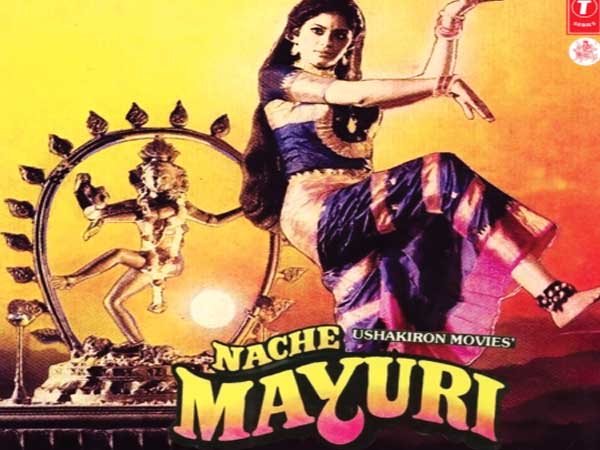 This week’s release, Soorma, is a true grit story based on the life of hockey player,  Sandeep Singh, who was accidentally shot in the back and paralysed. But his desire to get back to the field and play for India, made him pull off a miracle of will and get out of the wheelchair he was confined to.

This kind of story about a person’s battle will fate was made in 1986, about Bharat Natyam dancer Sudha Chandran, who played herself in the film Naache Mayuri.

Directed by T.Rama Rao, first as Mayuri in Telugu and remade in Hindi two years later, the film is about Sudha Chandran’s unstoppable passion for dance.  A lot of masala and melodrama were added to the story, but the core was true and what an inspiration it was—to convey to audiences that disability is in the mind.

It’s a story with all the right motivational ingredients and did not need the fictionalization; perhaps if it had been made today, the treatment would have been quite different—at least considerably toned down.

A voiceover at the beginning says that many films may have been made about people overcoming misfortune, but it was for the first time that such a superachiever had the opportunity to play herself on screen.

Mayuri (Sudha Chandran) puts up with her stepmother’s (Aruna Irani) constant nagging and dreams of becoming a classical dancer. Her stepmother is the kind who makes her bathe after merely watching a dance performance and deprive her of dinner as punishment, because dance brought the family bad luck—her mother died when the stage she was dancing on caught fire.  Mayuri picks up dance from a friend (who hates it, but is forced by her parents to learn), and aces at dumb charades, because of her graceful abhinaya. She is also encouraged by a collegemate Mohan  (Shekhar Suman), with whom she falls in love.

With her father supporting her initially, Mayuri learns to dance and performs on stage—these scenes were shot when Sudha Chandran had lost a leg, and it quite amazing to watch her dance without giving any indication of her handicap.

Then, tragedy strikes—she is in Mohan’s car when it meets with an accident. When she wakes up in hospital, to her horror, her right leg has been amputated below the knee. (In real life, she was travelling with her family when their bus crashed).

As if this trauma was not enough, her mother continues to fume, and the boyfriend cruelly deserts her. She leaves home and with the help of her friend (Komal Mahuakar) gets a job. She walks on crutches, but starts living alone, with just the old family domestic helper (Satyen Kappu) to help her. Then, she learns of the Jaipur foot from a stranger in the park and gets the prosthetic device, this time with financial aid by her grandmother (Dina Pathak). But she is not content just to walk, she wants to dance. It is incredibly difficult and painful (there is an avert-the-eyes scene of blood spurting out from the stump), but she just does not give up.

In the end, she performs on stage, with the Jaipur leg proudly on display, and the audience gives her a standing ovation, some of them reduced to tears. Mohan now tries to comes back into her life, but she literally kicks the door in his face, with the prosthetic leg.

Sudha Chandran was a dancer when she lost her leg, so she has the expressive eyes and mobile face to do the abhinaya perfectly. She actually went through the struggles that Mayuri does in the film, or it might have seemed unbelievable. After such a fabulous debut, her film career sputtered to a stop after a few films, but she made a comeback on television, and continues to act and dance on stage.