Do you know that the famous freedom fighter and philosopher Maulana Abul Kalam Azad is related to our Mr Perfectionist Aamir Khan? The first Minister for Education of independent India was Aamir Khan’s great grand uncle. Not only that, the former BJP vice president and five-time member of the Rajya Sabha and former speaker of both Rajya Sabha and Lok Sabha, Najma Heptulla is also the second cousin of Aamir Khan, who happens to be grand niece of Maulana Abul Kalam Azad. So it is no surprise that Aamir Khan has an inclination towards social service 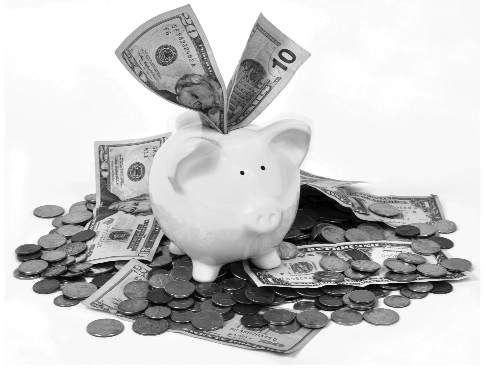 Did you know that birds commit suicide, too? Jatinga, an  Assamese village (It is 330 km [210 miles] south of Guwahati)  witnesses this bizarre phenomenon every now and then. The small village that rests quietly in the Borail hills of Assam, has been witnessing this event of mass suicide by birds every winter for about 100 years. Hundreds of migratory birds fly at high speed towards trees and buildings, succumbing to death eventually. Why do they do this? That mystery still remains unsolved

Who doesn’t want to have his/her name in the Guinness Book of World Record. Raja Maharaj Singh is one such person, who realised his passion for cricket quite late but was eventually able to fulfil his dream. The governor of Bombay, who was hailing from Kathpura Royal Family made his First-Class debut at the age of 72 years and 192 days and recorded his name in the Guinness Book of World Record. The match played between Governor’s XI and Commonwealth XI at Bombay where he scored four runs coming at no.9 on the first day. His wicket was taken by Jim Laker. After that he did not take the field for the rest of the match

Do you know that the Bollywood blockbuster Kaho Na Pyaar Hai has made its entry into the Guinness Book of World Records? The movie was added to the Guiness Book of World Records 2002 edition for winning the most number of awards for a movie. Kaho Naa Pyaar Hai won a total of 92 awards. The Rakesh Roshan produced and directed film was released in the year 2000 and was the first movie of his son Hrithik Roshan and Ameesha Patel. Hrithik Roshan became the first actor, and to date the only actor to win both the best debut and best actor awards

The Loganair Westray to Papa Westray route is the shortest scheduled passenger flight in the world. The scheduled time for flights on this route is one and half minute, though it actually takes only less than a minute when the weather is clear. In fact the record time is 53 seconds. The route, which is about the same length as the runway at Edinburg airport, is flown by Loganair, a Scottish regional airline that serves Scotland's Highlands and islands. The cost of travel in this route is $36. In Indian currency it comes to Rs 2500

Songs are an integral part of Bollywood films. But do you know the longest song in a Hindi film till date? Ab Tumhare Hawale Watan Saathiyon, the title song of the film, gets the credit for being the longest song. The film was produced and directed by Anil Sharma. The entire song has been shot in bits and pieces with different actors. Composed by musician Anu Malik the song was sang by Sonu Nigam, Kailash Kher, Udit Naryan and Alka Yagnik. However, the record might be broken by a 21-minute song, Mora Man Mane Na, that is being recorded by composers Sharib and Toshi for the movie Mastaan.

Kalki Koechlin, a Pondicherry (now Puducherry), India, born French national who lives and works primarily in India. A prominent actor of Bollywood, she is the recipient of such accolades as National film Award, a Filmfare and two Screen Awards. Koechlin has also received the Knight of the Order of Arts and Letters from the French Minister of Culture for her contribution to cinema. More importantly she is a descendant of Maurice Koechlin, a French structural engineer who played an important role in the design and construction of Eiffel Tower, Statue of Liberty and Garabit Viaduct. Maurice Koechlin is the great-grandfather of Kalki.

When we promise something, we say “pinky promise” making the promise a confirmed one. So, what does this “pinky promise” means? The gesture originally came from Japan. When making a promise, children link their little fingers and say a certain vow, different in every culture. But in fact, during the Edo period (1603–1868), bandit clans had a ritual of cutting off their right little fingers to prove their loyalty. It was only much later that kids turned this tradition into a game.  In modern times, pinky promise is a more informal way of sealing a promise. It is most common among school-age children and close friends