India was ranked 73rd last year, after jumping 15 places from its 88th position a year ago. 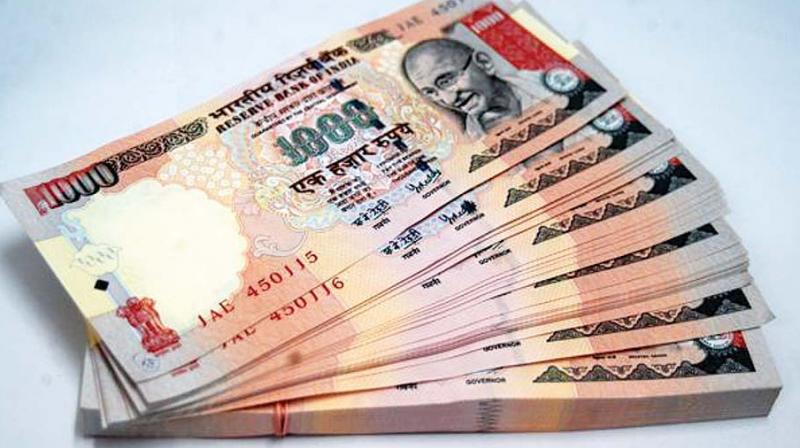 The funds, described by SNB as 'liabilities' of Swiss banks or 'amounts due to' their clients, are official figures disclosed by Swiss authorities and do not indicate the exact quantum of the much-debated alleged black money held in famed safe havens of Switzerland. (Photo: Representational)

Zurich/New Delhi: India has moved down one place to 74th rank in terms of money parked by its citizens and enterprises with Swiss banks, while the UK has retained its top position, as per data released by the central banking authority of the Alpine nation.

India was ranked 73rd last year, after jumping 15 places from its 88th position a year ago.

An analysis of the latest annual banking statistics released by the Swiss National Bank (SNB) shows that India remains ranked very low when it comes to money parked by Indian individuals and enterprises in Swiss banks, including through their India-based branches, while accounting for just about 0.07 per cent of the aggregate funds parked by all foreign clients of Switzerland-based banks.

In comparison, the top-ranked UK accounted for more than 26 per cent of the total foreign funds parked with Swiss banks at the end of 2018.

Among the top-ranked jurisdictions, the UK is followed by the US, West Indies, France and Hong Kong in the top five.

The top-five countries alone account for more than 50 per cent of the aggregate foreign funds parked with the Swiss banks, while the top-10 account for nearly two-thirds.

The top-15 countries account for nearly 75 per cent of all foreign money in Swiss banks, while the contribution of the top-30 is almost 90 per cent.

Among the five-nation BRICS block of emerging economies, India is ranked the lowest while Russia is ranked the highest at 20th place, followed by China at 22nd, South Africa at 60th and Brazil at 65th place in terms of amount of money parked by their residents and enterprises at the end of 2018.

This is the first time in the last four years that the funds linked to Pakistan in Swiss banks have slipped below that of Indians.

A number of other major countries also saw their funds falling in Swiss banks amid a global clampdown against the erstwhile banking secrecy walls in the Alpine nation.

The funds, described by SNB as 'liabilities' of Swiss banks or 'amounts due to' their clients, are official figures disclosed by Swiss authorities and do not indicate the exact quantum of the much-debated alleged black money held in famed safe havens of Switzerland.

The official figures, disclosed annually by Switzerland's central bank, also do not include the money that Indians, NRIs or others might have in Swiss banks in the names of entities from different countries.

It has been often alleged that Indians and other nationals seeking to stash their illicit wealth abroad use multiple layers of various jurisdictions, including tax havens, to shift the money to Swiss banks.

Also, with Switzerland putting in place an automatic information exchange framework with India and various other countries, the famed secrecy walls of Swiss banks are said to have crumbled. India will start getting this automatic data from this year, while it has already been getting information on accounts where proof of illicit funds can be furnished.

The funds officially held by Indians with banks in Switzerland now accounts for only 0.07 per cent of the total funds kept by all foreign clients in the Swiss banking system, almost same as the level seen at 2017-end after a modest increase from 0.04 per cent a year before that, as per an analysis of the latest figures compiled by the SNB (Swiss National Bank) as on 2018-end.

India was placed at 75th position in 2015 and 61st in the year before, though it used to be among the top-50 countries in terms of holdings in Swiss banks till 2007. The country was ranked highest at 37th place in the year 2004.

The total money held in Swiss banks by foreign clients from across the world fell by about 4 per cent to CHF 1.4 trillion (about Rs 99 lakh crore) in 2018.

In terms of individual countries, the UK continues to account for the largest chunk at about CHF 372 billion (down from CHF 403 billion a year ago), which remains more than 26 per cent of the total foreign money with Swiss banks.

The US remains on the second position despite a dip to about CHF 144 billion (from CHF 166 billion a year ago), accounting for nearly 10.3 per cent of all foreign funds. The share is more than 1 per cent only for 21 jurisdictions.

Money parked by Indian clients fell by nearly 6 per cent in 2018 to 955 million Swiss francs (about Rs 6,757 crore) to hit its second-lowest level in over two decades.