India’s unemployment rate reached 8.19 pc in Aug, up from 6.27 pc in the same month last year. 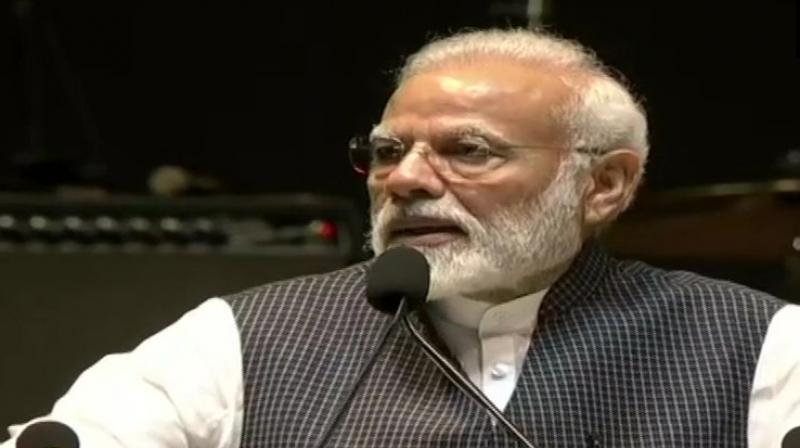 The government giveaway will do little to fix the lack of spending power, economists say. (Photo: ANI)

New Delhi: With one eye on flagging demand, businesses in India are likely to bank the government’s USD 20.4 billion corporate tax windfall rather than unleash the investments that Prime Minister Narendra Modi hopes will create millions of jobs and revive the economy.

The tax cuts, which Modi vowed would woo global private investment and improve India’s competitiveness, came as a surprise to investors, many of whom had been complaining that Modi’s government was not listening to their pleas for action on the economy.

But while the tax rate cut brings the cost of doing business in India into line with its main Asian rivals, the government giveaway will do little to fix the lack of spending power, economists say.

GDP fizzled to a six-year low of 5 per cent in the April-June quarter and India’s unemployment rate reached 8.19 per cent in August, up from 6.27 per cent in the same month last year, according to data from the Centre for Monitoring Indian Economy (CMIE).

Modi is counting on companies to quickly relocate or expand and hire but many businesses will need the cash just to tide them over and won’t want to take a risk when demand for everything from cars to biscuits has been hit.

“Hopefully this tax cut will give companies a bit more financial space to maintain operations. For the moment I think this is more about job-saving, not job-creating,” said Richard Rossow, an India expert at the Center for Strategic and International Studies.

Economists and finance ministry officials expect India’s spending plans to mean it will miss its fiscal deficit target this year and be pushed to borrow. That will pile stress on state finances and make any boost in infrastructure spending, which can be a source of quick employment for rural migrants, unlikely.

Although broadly welcomed by businesses, electronics manufacturers are so far among the few to indicate the tax cuts would be enough to trigger investment as they seek to hedge their bets amid the China-US trade war.

“The psychological stimulus from this ‘New Deal’ will be higher than the fiscal stimulus,” said VK Vijayakumar, chief investment strategist with Geojit Financial Services.

“WHY ARE COMPANIES SHUTTING DOWN?”

With an estimated 1.2 million youth entering India’s labour market each month, Modi has made job creation a priority in his ‘Make in India’ plan, but manufacturing has been sluggish.

India’s auto sector has laid off about 350,000 workers this year, while Parle Products, a major Indian biscuit maker, recently warned it may shed some 10,000 workers.

Jewellery designer Shaji Balan said he was laid off in June after his employers sold their factory. The father of three secured another job, but it pays half of what he used to earn, so he has joined the gig economy delivering food for online service Swiggy.

“Too many people are jobless. Why are companies shutting down?” said Balan.

Although markets surged after the tax announcement on Friday they have already given back some gains, with investors waiting to see if there is more to come.

The tax cut “is a welcome move by the government,” said Mayank Shah, category head at biscuit maker Parle, but he added that a goods and services tax (GST) cut to reduce prices for consumers would have had a more significant impact.

At least some of the unemployment growth, business leaders say, is tied to two of Modi’s major economic reforms from his first term - demonetisation to tackle unaccounted wealth and the nationwide rollout of a goods and services tax - both of which caused short-term pain with the promise of long-term gain.

India’s economic woes have not yet dented Modi’s popularity. He won a sweeping mandate in May’s general election despite worries over jobs.

Delivery of basic public services, like toilets or cooking gas, as well as recent steps curtailing restive Kashmir’s autonomy have resonated with Modi’s base, according to Rossow of CSIS.

India’s 2019-20 planned gross borrowings were already the highest in at least nine years, and with the latest measures are expected to increase further.

However, India is not thinking of revising its fiscal deficit target in the near future and isn’t thinking of spending cuts either, according to Finance Minister Nirmala Sitharaman.

But bond yields have already spiked and economists doubt India can maintain its fiscal deficit target, which stands at 3.3 per cent of GDP for the current financial year.

“Companies’ gains are the government’s losses,” Nomura said in a note to clients, adding it did not expect any “meaningful” impact on economic growth in the short-term. “However, this is a medium-term positive step.”