CII said the measures announced come at a time when the world economy is buffeted by global headwinds and trade slowdown. 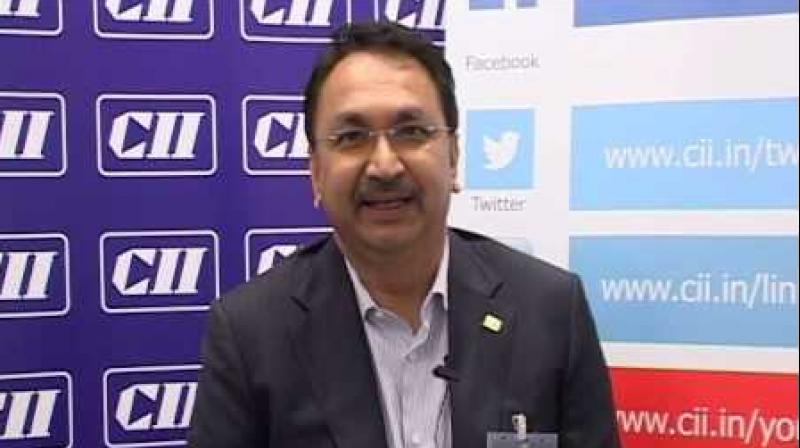 CII President Vikram Kirloskar said the macro impact of the economic package announced can be expected to be significant. (Photo: File)

CII said the measures announced come at a time when the world economy is buffeted by global headwinds and trade slowdown.

"Coming in the wake of several retaliatory and counter-retaliatory trade measures between the two largest global trading nations, the economic package announced by Nirmala Sitharaman, Minister of Finance and Corporate Affairs, on Friday imparts stability and underpins a new growth impetus for India," it added.

CII President Vikram Kirloskar said the macro impact of the economic package announced can be expected to be significant.

"It is indeed commendable that all these multi-sectoral steps were carried out without pressure on the fiscal deficit. With her six-dimensional announcement, FM has indeed hit a sixer out of the grounds," he added.

The industry body said it expects that the economy will climb up in the coming months.

CII's Business Outlook Survey for April-June 2019 stood at 59.6, lower than 65.2 in the previous quarter. It showed that as of June, two-thirds of survey respondents expected growth of over 6.5 per cent for 2019-20.

Creation of a shelf of infrastructure projects and announcement of a long-term financial institution have wide positive ramifications for the economy, he said adding that the industry is looking forward to more such announcements from the finance minister as mentioned by her in speech on Friday.

On Friday, the government announced a raft of measures, including rollback of enhanced super-rich tax on foreign and domestic equity investors, exemption of start-ups from 'angel tax', a package to address distress in the automobile sector and upfront infusion of Rs 70,000 crore to public sector banks, in efforts to boost economic growth from a five-year low.

To bolster consumption, the government also said that banks have decided to cut interest rates, a move that would lead to lower equated-monthly installments for home, automobile and other loans.

Sitharaman, who had been flooded with demands from different sectors after her maiden Budget this year, did little to address their distress, promised to continue the reforms and announce more measures next week.

"With the global environment in high flux, India remains well-poised for staying at the top of the growth ladder... The growth momentum across sectors such as infrastructure, automotives, consumer durables, and others will see huge impetus. Kudos for this well-thought economic stimulus," CII Director-General Chandrajit Banerjee said.