We need to get to 8-10 per cent growth if good jobs are going to be provided, said Arvind Panagariya. 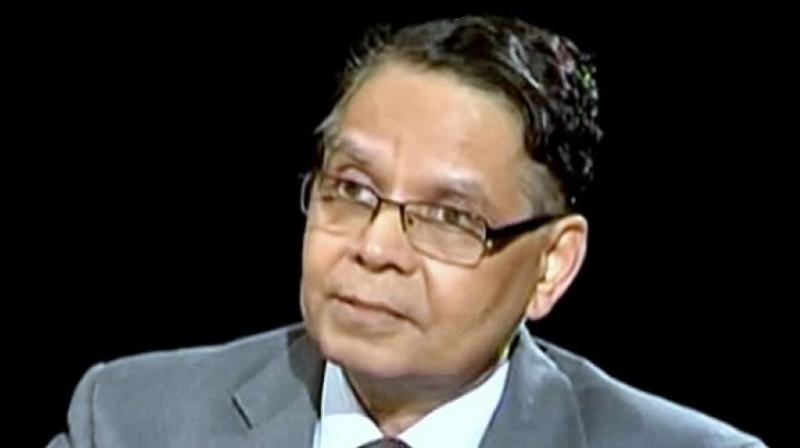 Panagariya, who served as the first Vice Chairman of the NITI Aayog from January 2015 to August 2017, underscored that for trade to grow, the country has to be open. (Photo: File)

United Nations: India needs to grow at 8-10 per cent annually if good jobs have to be provided to those joining the workforce, eminent economist Arvind Panagariya has said, emphasising that the country must return to an export-led economy to generate employment with higher salaries.

Panagariya, who served as the first Vice Chairman of the NITI Aayog from January 2015 to August 2017, underscored that for trade to grow, the country has to be open.

As tariffs are going up on many different items, he said the "whole idea of turning back to import substitution turns the clock back (for India). It is on the back of trade liberalisation and very rapid export expansion during the 2000s onwards that the (Indian) economy really began to grow at this very rapid rate."

"We have to return to becoming an export-led growth country," Panagariya, delivering the keynote address at a panel discussion on 'Economic Priorities for the New Government' of Prime Minister Narendra Modi, said Monday.

Panagariya, Director at the Raj Center on Indian Economic Policies at Columbia University, said that the Indian economy grew at a "very impressive" rate of about 7 per cent plus during the 15-year period from 2003-04 onwards. In the last five years of Modi's first term as Prime Minister, the growth rate was a robust 7.5 per cent.

"But we need to get to 8-10 per cent if good jobs are going to be provided. The export-led growth is also very critical for good jobs, he added.

He stressed that there is not a single country which has grown on a sustained basis at rates of 8-10 per cent for 2-3 decades without very rapid growth in trade.

He further emphasised that by increasing exports, imports will also automatically grow "because the whole point of exporting is so that you will import in return."

The panel discussion was organised by the Consulate General of India in New York in partnership with the Deepak and Neera Raj Centre for Indian Economic Policies and the US-India Strategic Partnership Forum (USISPF).

Panagariya added that he has always maintained that India's problem is not unemployment but low wages.

He elaborated that a lot of the employment in India is self-employment.

"So about 44 per cent in agriculture and then of the remaining almost 75 per cent of the employment is in these companies which have five workers or less. They are hardly companies. What that translates into is a very low level of productivity, very low level of wages. These are what are called the mom-and-pop enterprises, he said.

He asserted that unfortunately in India, there is a huge preoccupation with micro and small enterprises and there are hardly any medium and large firms.

Going forward, India also needs cleaning up of the Non-Performing Assets and in the next five years, privatisation of banks has to be on the government's agenda.

Panagariya also made a strong case for creating Shenzhen-style Autonomous Employment Zones that create zones of 500 square kilometers or more along the coast that are characterized by highly entrepreneur-friendly regime with respect to land, labour and international trade to boost economic growth in the years to come.

In 1980, Shenzhen was established as China's first special economic zone.