NITI Aayog has reportedly proposed that after 2030, only electric vehicles should be sold in India. 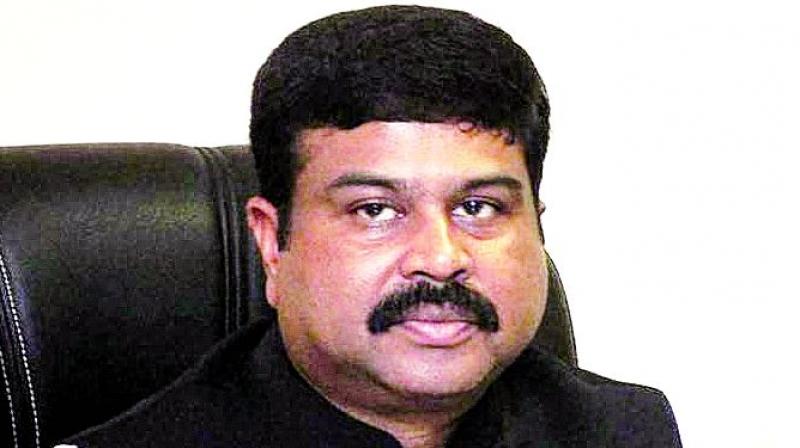 Oil minister Dharmendra Pradhan said transport remains the most demanding sector for oil and such a wide base of automobiles will need a combination of fuels.

New Delhi: The government has no plans to ban petrol and diesel vehicles in the near future but will continue to push for greater use of electric vehicles with a view to cut oil imports and save the environment, Oil Minister Dharmendra Pradhan said on Tuesday.

Conventional energy sources of coal and oil constitute more than 80 per cent of India's energy basket and the demand for energy will continue to grow as the country's economy expands further. "EV is a priority but the incremental requirement of fuel will have to be met through a combination of BS-VI grade petrol and diesel, CNG and biofuels alongside EV," he told reporters on sidelines of an industry event here.

The NITI Aayog has reportedly proposed that after 2030, only electric vehicles should be sold in India. A panel headed by NITI Aayog CEO Amitabh Kant had earlier suggested that only EV (three-wheelers and two-wheelers) with an engine capacity of up to 150 cc should be sold from 2025 onwards.

The policy think-tank believes that a move to allow salve only EVs from 2030 will expand the scope of the clean fuel technology beyond two-and three-wheelers in the country. "Is there any government paper that mentions that petrol and diesel vehicles will be banned from a particular date? India cannot afford to do that," Pradhan said.

India consumed 211.6 million tonne of petroleum products in 2018-19. Of this, diesel consumption was 83.5 million tonne and petrol 28.3 million tonne. All of the petrol and bulk of diesel is consumed by automobiles, including cars, buses and trucks.

Pradhan said transport remains the most demanding sector for oil and such a wide base of automobiles will need a combination of fuels. "We will need CNG, PNG (piped natural gas), biofuels and biogas," he said.

While the country will switch to the usage of ultra-clean BS-VI grade petrol and diesel, meeting emission standards equivalent to euro-VI fuels, from April 1, 2020, the government is aggressively pushing for increased usage of CNG by automobiles particularly in public transport.

Even in petrol and diesel, it is mixing sugarcane-extracted ethanol and non-edible oils, respectively, to reduce dependence on conventional oil.

He also said that biogas generated from city and agriculture waste is being heavily promoted. "India has energy demand that is growing at the fastest rate in the world and no one source can meet it. It has to be a combination of fuels," he said.

According to the NITI Aayog, 100 per cent EV sale by 2030 can reduce India's import dependence by a big margin.

A joint study by the NITI Aayog and Rocky Mountain Institute, USA suggests that India can save 64 per cent of anticipated road-based mobility-related energy demand and 37 per cent of carbon emissions in 2030 by pursuing a shared, electric, and connected mobility future. India is currently 83 per cent dependent on imports to meet its oil needs.

Petrol demand is witnessing double-digit growth rate, while diesel demand is rising by 5-6 per cent on the back of increasing automobile base. The country spent USD 112 billion (Rs 7.83 lakh crore) on importing oil in 2018-19 and a part of this can be cut with a complete switch to EVs, according to the NITI Aayog.