A massive drone strike on the world's largest crude-processing facility operated by Saudi Arabia's Aramco has driven up oil prices. 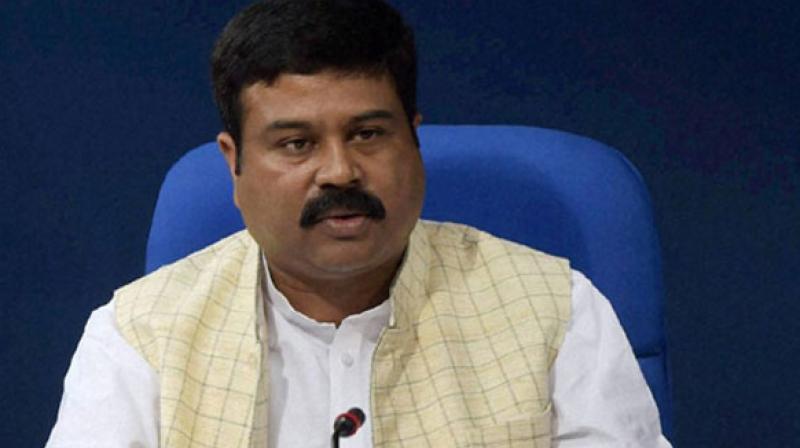 New Delhi: the world's third-largest oil consumer, will not face any supply disruption after a reduction in production at its No. 2 supplier Saudi Arabia, Oil Minister Dharmendra Pradhan said on Monday.

"Following the attacks on the oil stablization centres of @Saudi_Aramco, top executives of Aramco have been contacted," he tweeted. "We have reviewed our overall crude oil supplies for the month of September with our OMCs. We are confident there would be no supply disruption to India. We are closely monitoring the evolving situation."

The attack has knocked out over half of Saudi Arabia's production as it cut 5.7 million barrels per day or over 5 per cent of the world's supply.

Oil prices surged the most on record on Monday, with Brent crude rising by as much as 19.5 per cent to USD 71.95 per barrel - the biggest gain in dollar terms since futures started trading in 1988.

Earlier in the day, Oil Ministry in a statement said: "Yesterday (September 15), Saudi Aramco officials informed the Indian refiners that there would be no shortage of supplies to them. Ministry of Petroleum and Natural Gas is closely monitoring the situation in consultation with Indian refiners and Saudi Aramco."

Officials at state-owned oil refiners said Saudi Aramco has informed that there would not be any major disruption, but has sought flexibility for switching to different grades for continuing supplies.

Wood Mackenzie VP for Refining, Chemicals an Oil Markets, Alan Gelder said, "This attack has material implications for the oil market, as a loss of 5 million barrels per day of supplies from Saudi Arabia cannot be met for long by existing inventories and the limited spare capacity of the other OPEC+ group members. A geopolitical risk premium will return to the oil price."

Commenting on the situation, Kotak Institutional Equities said the largest-ever disruption of crude production in Saudi Arabia may keep oil prices elevated in the near term.

"Global oil supplies may be adequately met through large inventories and strategic reserves; however, moderation in oil prices will depend on full restoration of Saudi's production, which may at least take a few weeks," it said, adding that any further escalation of geopolitical tensions in the Middle East region may add to the woes.

Spike in crude prices, even if temporary, will be negative for Indian oil marketing companies and positive for upstream PSUs and GAIL, it said.

"Any further escalation of geopolitical tensions in the Middle East region, which cannot be ruled out for now, may add to the woes of global oil supplies for now given lack of buffer from Saudi's significant spare production capacity," Kotak said.

Crude supplies from Iran and Venezuela have already been curtailed significantly amid sanctions from the US, it added.

"China, South Korea, Japan and India are the biggest takers in Asia, with China and Japan leading the pack at an average of 900 ? 1,100 kilo barrels per day each. India could be most exposed as its reserves are the least," Jayabalan said.

"The impact and the next course of action will depend on the duration of the outage. Saudi Arabia has enough reserves to cover the shortfall over the next week, but if the outage extends, then filling the gap with the right type of crude quality could be a challenge. Moreover, OPEC+ output cut predominantly consists of medium and heavy sour crudes."