The rise in oil prices - jumping as much as 4.5 per cent before pulling back somewhat - boosted shares of energy companies. 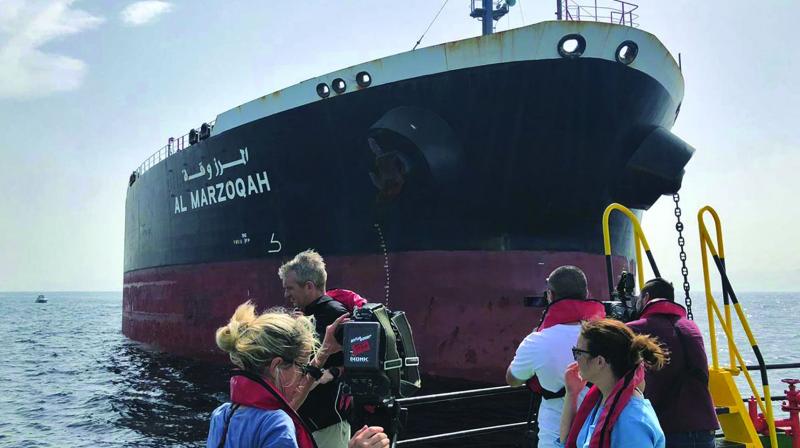 US Secretary of State Mike Pompeo accused Iran of responsibility for the attacks on oil tankers and said the United States would raise at a UN Security Council. (Representational Image)

The rise in oil prices - jumping as much as 4.5 per cent before pulling back somewhat - boosted share prices of energy companies, while global stock markets also won some support from the prospect of US interest rate cuts this year.

The Gulf of Oman lies at the other end of the strategic Strait of Hormuz from the Gulf, part of a vital shipping lane through which at least 15 million barrels of crude oil and hundreds of millions of dollars of non-oil imports pass each day.

US Secretary of State Mike Pompeo accused Iran of responsibility for the incidents and said the United States would raise the attacks at a UN Security Council meeting scheduled for later Thursday. Iran labelled the attacks "suspicious."

US oil benchmark West Texas Intermediate for July delivery finished up 2.2 per cent at USD 52.28. The advance marked a reversal from a sharp fall on Wednesday following a bearish US oil inventory report.

"Tension across the Middle East is high - and the attacks on two tankers has further exacerbated the situation, even though there does not appear to have been any damage to the cargos," said John Hall, chairman of British-based consultancy Alfa Energy.

A note from Eurasia Group said the "incidents appear aimed at demonstrating the vulnerability of Gulf shipping while damaging confidence in the US ability to protect freedom of navigation." Gains in oil prices have been "constrained by high inventories and concerns about the global economy," it added.

"From a broader perspective, the stock market has traded sideways over the last four sessions as it waits for further policy guidance from the Fed and for any updates on the US-China trade front," said Briefing.com Stocks elsewhere were mixed, with Frankfurt gaining, Tokyo retreating and London and Paris flat.