As per the agriculture ministry data, the central government has released funds to 43.20 lakh farmers. 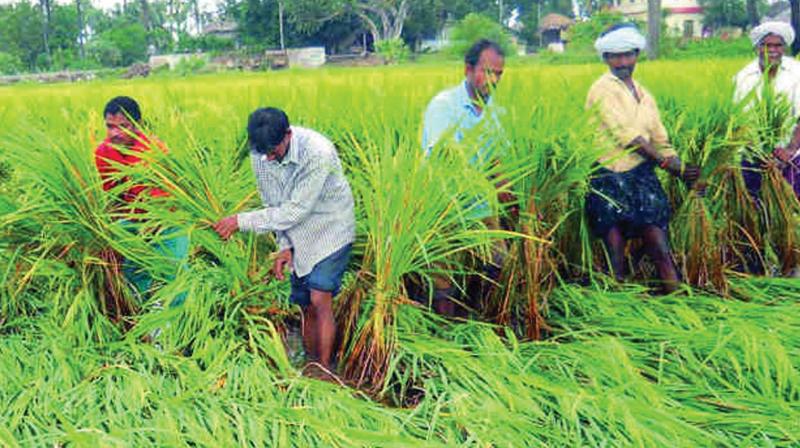 New Delhi: As many as 43.20 lakh farmers from Andhra Pradesh have received funds from the Pradhan Mantri Kisan Samman Nidhi Yojana (PM-Kisan) till November this year, under which the central government gives Rs 6,000 per annum in three equal installments.

As per the agriculture ministry data, till November this year about 46.86 lakh farmers have been enrolled under the scheme in Andhra Pradesh, out of which the central government has released funds to 43.20 lakh farmers.

Besides, the funds were released to 2.83 lakh farmers in Visakhapatanam, 2.56 lakh in YSR district, 2.40 lakh in Vizianagaram and 2.28 lakh in Nellore, the data showed.

The target is to cover 83.82 lakh farmers in Andhra Pradesh under the scheme.

Under the PM-Kisan scheme, which was launched in February this year, the central government has transferred funds to 7.60 crore beneficiary across the country till November 30. About Rs 35,882.8 crore has so far been disbursed to beneficiaries.

From December onwards, the Centre has decided to transfer funds under the PM-Kisan to only Aadhaar-authenticated bank accounts of eligible farmers.

According to the ministry, the release of installments to beneficiary farmers are in various stages of progress. Some farmers have got all three installments, some only two and some only one, depending upon the four-monthly period in which they have been first registered by the concerned state governments.