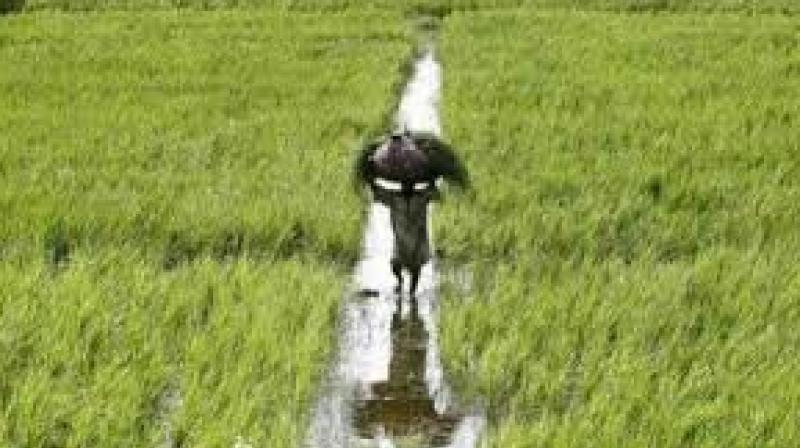 As per the latest sowing data maintained by the Union Agriculture Ministry, total acreage sown to all Kharif crops so far has remained lower at 869.55 lakh hectare as against 918.70 lakh hectare in the year-ago.

New Delhi: The deficit in southwest monsoon has narrowed and the sowing of summer (Kharif) crops is progressing well across the country, Agriculture Minister Narendra Singh Tomar said on Friday.

The India Meteorological Department (IMD) has projected overall monsoon to remain normal. However, till August 8, rainfall is 5 per cent below the normal level.

"Monsoon was delayed a bit and there was some concern. By Gods grace, the rainfall has improved now and the deficit has narrowed," Tomar told reporters.

He also said, "we expect the overall rainfall will recover and the deficit in sowing area under the Kharif crops will be covered. The sowing operation is progressing well."

On flood situation in some states like Maharasthra and Karnataka, the minister said the central government is closely monitoring the situation.

Sowing of Kharif crops like paddy and pulses begin with the onset of monsoon from June and harvesting starts from October onwards.

As per the latest sowing data maintained by the Union Agriculture Ministry, total acreage sown to all Kharif crops so far has remained lower at 869.55 lakh hectare as against 918.70 lakh hectare in the year-ago.

Agriculture Secretary Sanjay Agrawal said, "the deficit in overall sowing area has improved compared to the last week. Now, the gap has come down."

The rice acreage is still lagging and it will be recovered in the coming weeks as sowing widow is there till September first week, he said.

The Secretary further said pulses acreage has improved but oilseeds area is still down and the deficit will also recover in the days to come.

In case of commercial crops, sugarcane area was sown in 52.30 lakh hectare so far this kharif season of this year as against 55.45 lakh hectare a year-ago.