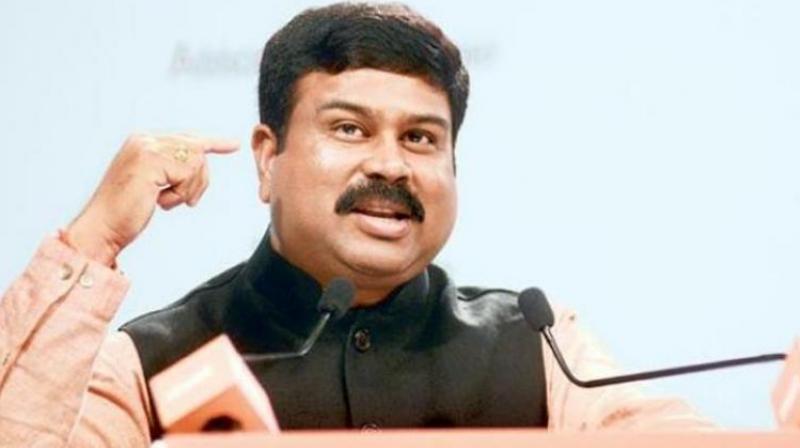 India is on a steady path to becoming a five trillion dollar economy, with emphasis on ease of doing business as well as ease of living, said Union Minister Dharmendra Pradhan. (Photo: File)

New Delhi: Steel consumption in India is set for a quantum jump and investors should come forward and become a partner in the country's growth story, Union Minister Dharmendra Pradhan said on Wednesday.

The minister noted that the steel sector is becoming more vibrant, efficient, environment-friendly and globally competitive supported by various policies of the government and the entrepreneurial spirit of the industry.

He was addressing an event organised by International Chromium Development Association (ICDA) here.

"There is a strong positive correlation between steel usage and a nation's economic growth. As India embarks on its next trajectory of growth fuelled by the government's focus on building infrastructure for future, creating smart cities, industrial corridors and so forth, the steel consumption in the country is set for a quantum jump," the steel minister said.

India, he said, is on a steady path to becoming a five trillion dollar economy, with emphasis on ease of doing business as well as ease of living.

"India's economic growth will be driven by heavy investment in infrastructure, digital economy and creation of jobs in small and medium firms. Our initiatives such as 'Make in India' aim to support and encourage domestic value addition," he said.

Inviting investors and entrepreneurs to be a partner in India's growth story, Pradhan said structural reforms in the areas of insolvency and bankruptcy, GST and recent major reduction in corporate tax rate are aimed at boosting investment and growth.

He also exuded confidence that stainless steel production and consumption in India will be growing alongside the rising economy.