In 2018-19, direct taxes grew by 13.4 per cent owing to improved performance of corporate tax. 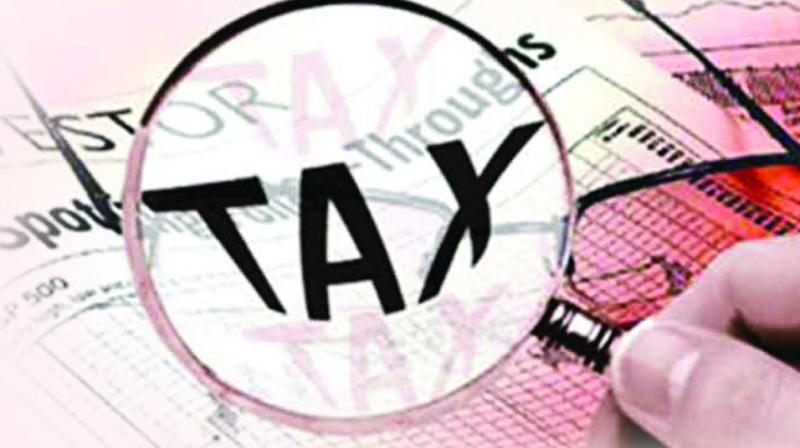 New Delhi: The gross tax to GDP ratio declined to 10.9 per cent in 2018-19 as indirect tax revenues fell short of budget estimates by about 16 per cent, due to shortfall in Goods and Services Tax (GST) mop up, the Economic Survey said.

The survey, authored by Chief Economic Advisor Krishnamurthy Subramanian, also suggested that the cooperative federalism as depicted by the GST Council can be replicated in labour and land regulation.

"Accordingly, gross tax revenue as a proportion of GDP declined to 10.9 per cent of GDP in 2018-19, lower by 0.3 percentage points as compared to 2017-18," said the survey tabled in Parliament by Finance Minister Nirmala Sitharaman.

The survey said though there has been improvement in tax to GDP ratio over the last six years, gross tax revenues as a proportion of GDP has declined by 0.3 percentage points in 2018-19 over 2017-18.

Revenue buoyancy of GST will be key to improve the resource position of both central and State governments, the survey said.

The survey further noted that fiscal federalism strengthened significantly when the 14th Finance Commission increased the share of states in the divisible pool of central taxes from 32 per cent to 42 per cent.

"Niti Aayog has helped institutionalise cooperative federalism by setting up teams from both the states and the central government to jointly evolve strategies for addressing development challenges. States have also been involved in a friendly competition to improve their Key Performance Indicators (KPIs)," the survey said.

Stating that the launch of the GST in July, 2017, added a new dimension to centre-state and inter-state financial relations, the survey said "the GST Council experience provides key learning for implementing cooperative federalism in several other areas such as labour and land regulation".

In the run-up to the implementation of India's biggest indirect tax overhaul Goods and Services Tax on July 1, 2017, the Centre and states had agreed to set up a GST Council, chaired by Union Finance Minister and comprising finance ministers of all states.

The introduction of the GST represented an instance where policymakers exhibited the appetite to introduce bold reform by eschewing loss aversion, the survey said.

Stating that introduction of GST barely increased the economic policy uncertainty despite the enormous change that it entailed, the survey said "this illustrates that path-breaking reforms that are consistent with a well-articulated vision do not create as much disruption as some people may fear".

Talking about use of technology in tax administration, the survey said it has decreased manual intervention and improved the experience of a large majority of taxpayers.

Better tax administration, widening of TDS carried over the years, anti-tax evasion measures and increase in effective tax payers base have contributed to direct tax buoyancy.

"Widening of tax base due to increase in the number of indirect tax filers in the GST regime has also led to improved tax buoyancy. Going forward, sustaining improvement in tax collection will depend on the revenue buoyancy of GST," it added.