The immediate benefit is increased cash flows to corporate India. 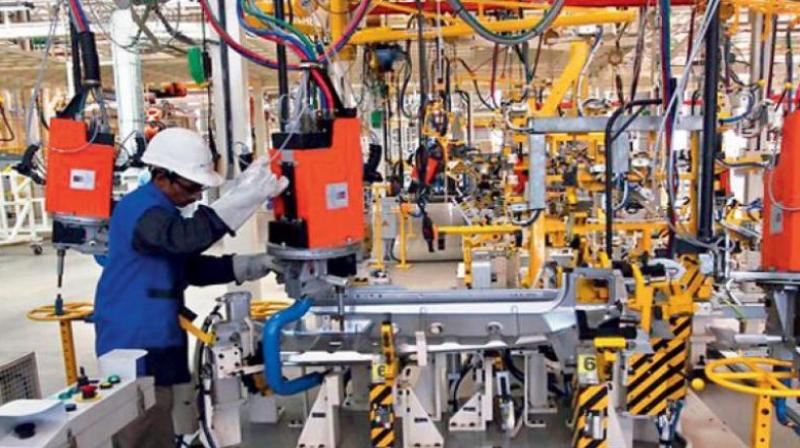 Taxing new manufacturing facilities (that come up by 2023) at 15 per cent will enable attraction of global capital and spur a beleaguered investment cycle, the report said. (Photo: Representational)

New Delhi: The government's big announcement of a cut in corporate tax will benefit sectors such as banking and FMGC but Information Technology and pharma may not see any tangible benefits as their current effective tax rate is lower, ICICI Direct Research said in a report.

"Like a bolt from the blue, the government (on Friday) announced a reduction in the corporate tax rate from close to 35 per cent to 25.17 per cent thereby fulfilling its key agenda of implementing the Direct tax Code (DTC). This is a massive trigger for revving up growth and, more importantly, resurrecting sentiments that were down in the dumps," the report said.

The immediate benefit is increased cash flows to corporate India that will be either channelised into debt reduction or incremental investments in increasing capacity.

Also, taxing new manufacturing facilities (that come up by 2023) at 15 per cent will enable attraction of global capital and spur a beleaguered investment cycle, it said.

A new provision has been inserted in the Income-Tax Act with effect from FY20 which allows any domestic company the option to pay income tax at 22 per cent subject to the condition that they will not avail any exemption/incentive.

The effective tax rate for these companies shall be 25.17 per cent inclusive of surcharge and cess. Also, such companies shall not be required to pay Minimum Alternate Tax.

In order to provide a boost to 'Make-in-India' initiative of the government, a new provision allows any new domestic company incorporated on or after October 1, 2019 to make fresh investment in manufacturing, an option to pay income tax at 15 per cent. This benefit is available to companies that do not avail any exemption/incentive and commences their production on or before March 31, 2023.

The effective tax rate for these companies shall be 17.01 per cent inclusive of surcharge and cess.

Giving a sectoral analysis of the impact of tax cut, ICICI Direct Research said domestic auto equipment makers will tend to benefit from the tax cut. "Commercial vehicle manufacturers will tend to gain from the kick starting of the private capex cycle."

In the capital goods space, the companies have effective tax rates from 25-34 per cent. The corporate tax cut will have significant positive impact on the mid-cap companies, it said.

With power utilities being mostly regulated in nature wherein any cost benefit or inflation is a pass through in the tariffs, the reduction in MAT tax rate from 21 per cent to 17 per cent will have a negligible impact in the profitability as the tax savings will be pass through in the form of lower tariffs.

While cement companies, which currently have higher tax rates would benefit significantly from the reduction, only a few players would benefit in the construction sector, it said.

"FMCG companies are expected to witness 5-12 per cent increase in earnings on the back of corporate tax reduction. More importantly, the possibility of passing on this benefits and propelling the volume growth would be on the cards," it said. "We believe FMCG companies would be passing on the benefit in terms of price reduction, which would result in increase in demand specifically in rural India."

However, with government fiscal under pressure, the possibility of further increase in GST/cess on cigarettes is high, it said.

ICICI Direct Research said effective tax rate in case of most pharma companies is either below or at par with the new tax rate due to special economic zone (SEZ), tax free zone benefits, unused MAT credit besides R&D benefits.

Hotels, logistics and liquor as well as metal and mining sectors would benefit from the reduction, it added.