IL&FS group's failure has made banks highly risk averse to the NBFC sector, leading to a severe liquidity crunch. 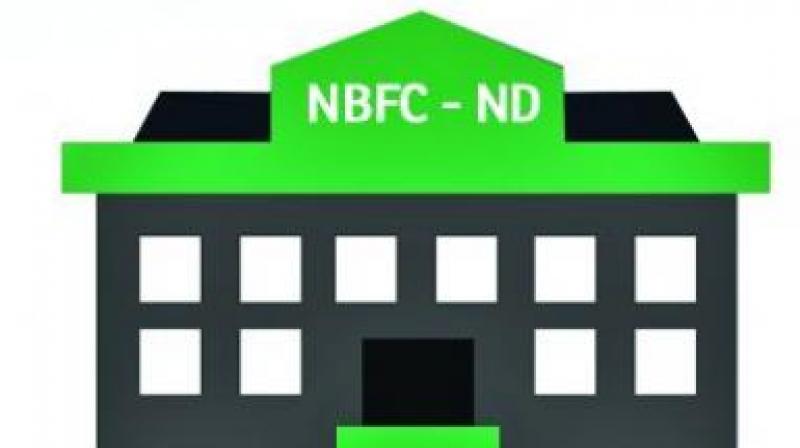 Addressing the press on the sidelines of the national banking conference being organised by the industry lobby Ficci, RBI governor Shaktikanta Das ruled out ordering an asset quality review of the large NBFCs, says the RBI is not thinking about conducting one for now as it had done for the banks in late 2016 and early 2017.

Mumbai:  Even as he reiterated the regulatory resolve to not let any large NBFC fail, Reserve Bank of India (RBI) governor Shaktikanta Das on Monday ruled out ordering an asset quality review of the systematically important shadow banks for now.

The over 12,000-odd non-banking financial institutions, coupled with their housing finance peers, collectively control a quarter of the credit market, have been under severe stress following the bankruptcy of one of the largest players IL&FS group last September.

The IL&FS group owes close to Rs 1 trillion to the system and more than half of that is to banks, mostly state-owned ones. Its failure has made banks highly risk averse to the NBFC sector, leading to a severe liquidity crunch.

The group is not only under bankruptcy process now but also under many a probe including by the ED, CBI and the SFIO.

Addressing the press on the sidelines of the national banking conference being organised by the industry lobby Ficci, Das ruled out ordering an asset quality review of the large NBFCs, says the RBI is not thinking about conducting one for now as it had done for the banks in late 2016 and early 2017, under which it identified 40 largest stressed accounts and asked banks to send for bankruptcy resolution.

"At the moment there is no such proposal to have an asset quality review on NBFC but while saying that let me also add that 500odd NBFCs and HFCs are closely being monitored by us and our monitoring and supervision include all aspects of their functioning, including their capital adequacy, stability, their cash inflow, outflow," Das told reporters.

He said the RBI is keeping a close watch on the interconnectedness of banks and non-banking finance companies and reiterated that the monetary authority will not let any of the top 50-odd NBFCs to fail.

"It is our endeavour to ensure that no large NBFC collapses," Das reiterated and said the objective of the RBI is to harmonise the liquidity requirements for banks and non- banking finance companies.

"It is our endeavour to have an optimal level of regulation and supervision so that NBFCs are financially resilient and robust. We will not hesitate to take whatever steps are required to maintain financial stability in the short, medium and the long-term."

Stating the objective of the regulation is to harmonise the liquidity norms between banks and NBFCs, taking into account their unique business models, he said, "we are also looking at governance and risk management structures in NBFCs" and recalled that as late as in May 2019, RBI had asked NBFCs with a size of over Rs 5,000 crore to appoint functionally independent chief risk officers with clearly specified role and responsibilities with a view to bring in professional risk management system.

On the housing finance companies, some of which are also in trouble following the NBFC crisis, and whose regulatory remit has been vested with the RBI after being taken away from the National Housing Bank since the July budget, he said all the regulations put in place by the NHB will continue for HFCs, but RBI is in the process of reviewing some of the norms.

Das explained that bringing HFCs under the regulatory ambit of the Reserve Bank is a significant move, given their asset-liability profiles.

Including HFCs, the size of the NBFC sector constitutes about 25 percent of combined balance sheet of scheduled commercial banks. The Reserve Bank will take necessary measures to deal with these challenges, Das said.

Pure-play housing finance companies like Dewan Housing is on the verge of collapse following the credit crunch created by the fall of the IL&FS group.