Vodafone Idea Ltd faces a liability of Rs 44,150 cr after SC ordered that non-telecom revenues should be included in the AGR. 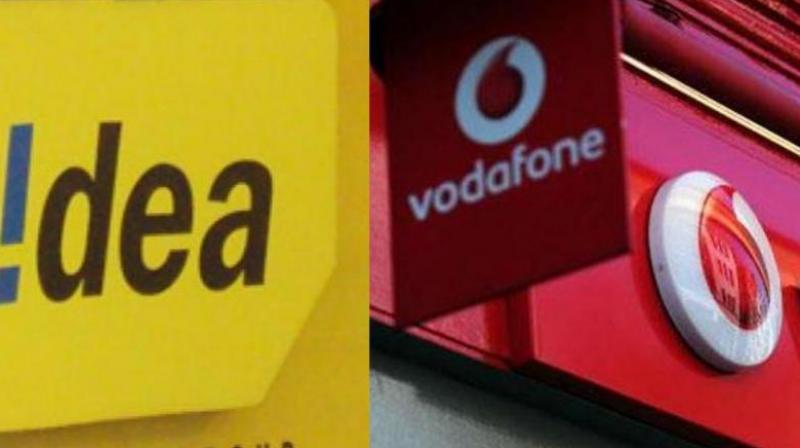 The company has provided for liabilities of Rs 27,600 crore for license fees and Rs 16,500 crore for spectrum usage charges.

New Delhi: Having posted India's biggest ever quarterly loss after being forced to provision for statutory dues, Vodafone Idea believes the government will not be in conflict with the Supreme Court if it does provide any relief for payments ordered by the apex court, brokerages have said.

Vodafone Idea Ltd (VIL) faces a liability of Rs 44,150 crore after the Supreme Court ordered that non-telecom revenues should be included in the adjusted gross revenue (AGR) of mobile phone service providers for calculation of statutory dues such as licence fee and spectrum usage charge.

"Though it is negotiating with the government for relief measures, (we) would wait to see how much government aid (particularly in reducing AGR liability) is provided to revive the sector and VIL in particular," ICICI Securities said in an equity research report on the company. "In any case, VIL may be required to infuse huge equity for making it going."

SBICap Securities said VIL reported a net loss of Rs 50,921 crore on the back of provisioning for the liability arising from the Supreme Court ruling on the AGR issue.

"The company has provided for liabilities of Rs 27,600 crore for license fees and Rs 16,500 crore for spectrum usage charges.

"The company has noted that its ability to continue as a going concern is dependent on obtaining relief from the government, and a positive outcome of the proposed legal remedy," it said.

The ruling, it said, poses significant survival concerns for VIL with an exhausted balance sheet as FY20 net debt to EBITDA ratio is at 31x, and accounting for dues being funded via debt would raise it to 38x.

"Given this situation, raising equity or debt remains extremely tricky, in our view," it said. "The ability to invest in networks, which has been the single largest reason for the company losing subscribers, is further likely to take a back seat and subscriber losses may continue in our view."

Stating that VIL's woes are mostly about the balance sheet and free cash flows, SBICap Securities said incremental steps are unlikely to solve the problem. "It is not merely the number of players but the ability of players to invest that decides the true market structure."

Citi Research said while the total AGR-related liability is estimated at Rs 44,150 crore (licence fees plus SUC; interest and penalties comprise 75 per cent), after various adjustments, the company has provided Rs 25,700 crore in Q2 and is looking to file a review petition.

"Management is optimistic of other relief measures based on discussions with government officials," it said citing post-Q2 investor call discussions.

The list of possible options that may help VIL or the sector overall include government relaxing payments term pertaining to AGR dispute-related payouts by staggering the payments over 5-10 years and lowering licence fees, moratorium of two years at least on spectrum payments and introduction of floor tariffs on voice and data.

The Centre may revisit sector M&A guidelines, particularly around spectrum holding and encourage further consolidation, which can, in a way, help the government ensure that there is no fallout on spectrum dues that the telcos owe to the government.

"On the AGR issue, the company is engaging with the government and is hopeful of some relief measure coming through. It is also planning to file a review petition for the SC order and sees no conflict of interest for the government in going against the SC order by providing some relief to telcos (deferment of payment/waiver of interest and/or penalties thereon)," SBI Cap Securities said.
While VIL plans to remain a pan-India operator and will not exit any circles, it has chosen to prioritise its investments in certain stronger circles, it added.