I think Uday (Kotak) is the best candidate to acquire Yes bank. You need deep pockets, Uday has that, said SBI's Rajnish Kumar. 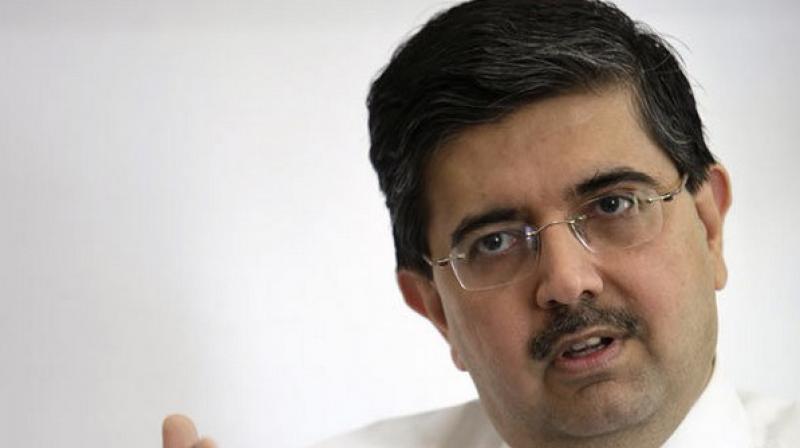 The private sector lender's capital raising plan is also passing through uncertainties and there are speculations on whether Yes Bank is an acquisition target, which has been denied by its management.

When the same question was posed to third-largest lender Axis Bank's Managing Director and CEO Amitabh Chaudhry, it was answered with the same suggestion.

?We (Axis Bank) are a smaller bank. We are trying to ensure that we grow big so that at some stage we can acquire others. So, yes Mr Kotak, they are best suited rather than us,? he said.

In the past, both Axis Bank and KMB have been discussed as potential suitors for Yes Bank.

According to some watchers, acquiring a bank can help Uday Kotak reduce the promoter stake in KMB, and help him get closer to the levels mandated by the RBI.

The regulator has been dragged to the court by KMB for not accepting an earlier attempt at stake dilution and the same petition is slated to be heard early next year.

Meanwhile, speaking at the same event, Kotak said there is a need to resist a ?colonialisation? of Indian finance, hinting at share sales to foreign investors.

"I'm looking forward to best in class quality but strong Indian owned and controlled financial sector and while we must attract foreign capital, we must ensure that there is no colonialisation of Indian finance,? Uday Kotak said.

Yes Bank had to cut its book size by 7 per cent in the September quarter because of the capital constraints and has been looking to finish the capital raising exercise at the earliest.

It had first announced it has interest from investors of USD 3 billion, and a few days later disclosed offers of USD 2 billion. It wanted to finalise the same at the last board meet on December 10 but could not.

Yes Bank's share price plummeted to Rs 32 apiece in October as against a high of Rs 400 just a year ago, and has been one of the most volatile scrips on the bourses where the price is governed by frequent news flows and speculation.