Centre keen to bring in competition in fuel retailing. 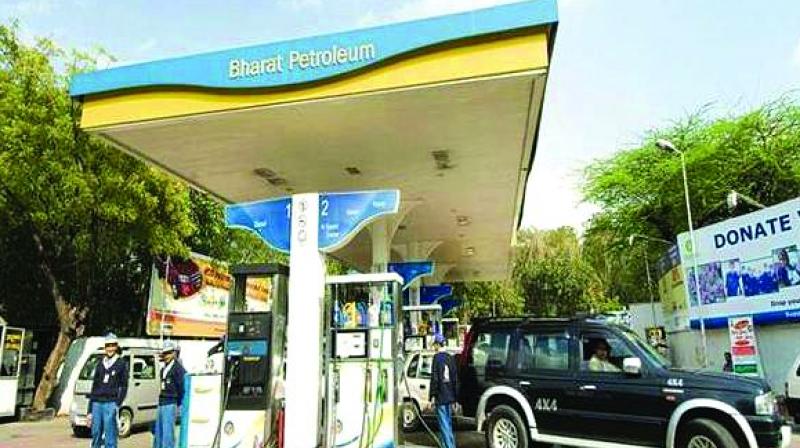 New Delhi: India is considering a plan to sell the nation’s second-largest state refiner and fuel retailer to a global oil company as it explores options to give up its controlling stake in Bharat Petroleum Corp. Ltd., people with knowledge of the matter said.

The government is keen to lure multinational companies in the domestic fuel retailing to boost competition and shake up a sector that’s long been dominated by state-run firms, the people said, asking not to be identified as the plan is not public. A media report on September 2 said that Centre plans to sell a majority stake in the company.

The government holds 53.3 per cent in BPCL.

Prime Minister Narendra Modi’s government has set a record target of raising Rs 1.05 lakh crore ($14.8 billion) in the current fiscal year from sale of state firms. The government’s budget gap goal of 3.3 per cent of GDP is at risk due to sluggish revenue collections on the back a growth slowdown, limiting the government’s ability to spend on infrastructure and welfare programmes.

Offloading its holding in BPCL can help meet more than 40 per cent of the aim based on the closing price on September. 12. Finance Ministry spokesman Rajesh Malhotra could not be immediately reached for a comment.
The talks are at an early stage and it’s unclear how long it will take to finalize a decision and what option the government will choose, the people added.

A move to privatise BPCL will need Parliament’s approval.

Saudi Aramco is targeting refining deals in India, while Russia’s Rosneft PJSC has already invested in oil refining and fuel marketing. Others such as Total SA, Shell and BP Plc are also expanding into fuel retailing in India. The International Energy Agency expects energy demand to more than double by 2040.

An earlier attempt to sell state refiners Hindustan Petroleum Corp. to a single investor and Bharat Petroleum to the public was stalled by a Supreme Court order in 2003 following protests by labour and political groups.

Bharat Petroleum was previously Burmah Shell, which in the 1970s was nationalised by an Act of Parliament.

Burmah Shell, set up in the 1920s, was an alliance between Royal Dutch Shell and Burmah Oil Co. and Asiatic Petroleum (India).