NBFCs, including HFCs, came under stress following series of defaults by group companies of IL&FS in September last year. 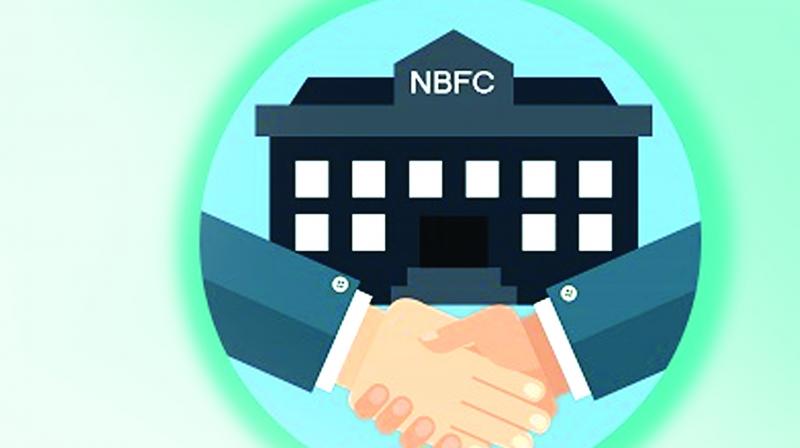 NBFCs, including housing finance companies (HFCs), came under stress following series of defaults by the group companies of IL&FS in September last year.

To help the sector come out of the stress, Finance Minister Nirmala Sitharaman in the Budget announced support for fundamentally sound NBFCs in getting continued funding from banks.

"For purchase of high-rated pooled assets of financially sound NBFCs, amounting to a total of Rs 1 lakh crore during the current financial year, the government will provide one-time six months' partial credit guarantee to public sector banks for first loss of up to 10 per cent," she had said.

In pursuance of that the finance ministry last week released a detailed guidelines for this with the objective to address temporary asset liability mismatches of otherwise solvent NBFCs/HFCs without having to resort to distress sale of their assets for meeting their commitments.

"At no time during the period for exercise of the option to buy back the assets, should the CRAR (capital to risk weighted assets ratio) go below the regulatory minimum. The promoter shall ensure this by infusing equity, where required," an official statement said.

As per the guidelines issued, the window for one-time partial credit guarantee will be for a period of six months, or till such date by which Rs 1 lakh crore assets get purchased by banks.

Assets originated up to March 31, 2019 will only be eligible under this scheme, it said, adding assets should be standard in the books of NBFCs/HFCs on the date of sale.

It further said that the pool of assets should have minimum rating of 'AA' or equivalent at fair value prior to the partial credit guarantee by the Government of India.

Each account under the pooled assets should have been fully disbursed and security charge should have been created in favour of the originating NBFCs/HFCs and they can sell up to a maximum of 20 per cent of their standard assets as on March 31, 2019 subject to a cap of Rs 5,000 crore at fair value.

According to the guidelines, the rated assets shall be purchased by banks at fair value.

One-time guarantee provided by the government on pooled assets will be valid for 24 months from the date of purchase and can be invoked on the occurrence of default as outlined under heading 'D' below, it said.

The guarantee shall cease earlier if the purchasing bank sells the pooled assets to the originating NBFC/HFC or any other entity, before the validity of the guarantee period, it added.

It further said that the purchasing banks may have service level agreements with the originating NBFCs/HFCs for servicing, including administration of the individual assets.

The NBFCs/HFCs can have the option to buy back their assets after a specified period of 12 months as a repurchase transaction, on a right of first refusal basis, it said.

"The purchasing bank can invoke the guarantee if the interest and/or instalment of principal remains overdue for a period of more than 90 days (i.e. when liability is crystalised for the underlying borrower) during the validity of such guarantee, subject to the condition that the guarantee is for the first loss up to 10 per cent," it said.

For availing the window, it said NBFCs/HFCs will pay a fee equivalent to 0.25 per cent per annum of the fair value of assets being purchased by the bank to the government for providing guarantee.

There should be a process of real time reporting of such transactions by the banks to the government and to get the information on remaining available headroom for purchase of such pooled assets, it said.

The Department of Financial Services (DFS), the Ministry of Finance would obtain the requisite information in a prescribed format from the PSBs and send a copy to the budget division of DEA and the government will settle such claims by the banks within 5 working days from the date of claim.