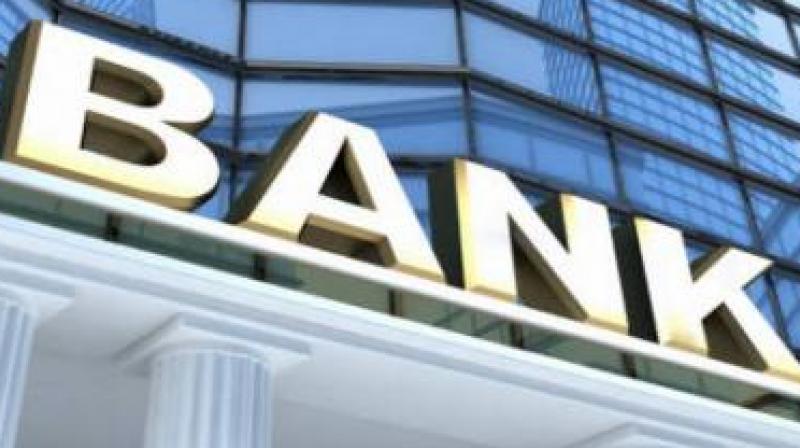 A total of 23 banks, including public sector, private sector, foreign and small finance banks, representing over 67 per cent of the banking industry, participated in the survey. (Representational Image)

New Delhi: More than half of the bankers have reported reduction in bad loans, and sought capital infusion in public sector lenders as well as steps to address stress in the NBFC segment, a survey by industry body Ficci said on Tuesday.

The participating banks in the survey, conducted during January to June 2019, also suggested that government should simplify GST framework and lower GST rates to enhance tax compliance.

While releasing the ninth round of the Ficci-IBA survey, the chamber said some of the key sectors that are expected to see higher credit in the next six months as identified by participating bankers are infrastructure, metals, real estate, automobile and auto components, pharmaceuticals and food processing.

A total of 23 banks, including public sector, private sector, foreign and small finance banks, representing over 67 per cent of the banking industry, participated in the survey.

"For the financial sector, participating bankers were of the opinion that there should be capital infusion in public sector banks (PSBs) and measures should be taken to address the stress in the NBFC sector," the survey said.

These responses, Ficci said, were received just before the release of the Union Budget 2019-20 and in-fact, the Budget did lay a special emphasis on the banking and financial sector, including capital infusion of Rs 70,000 crore into public sector banks.

There was also a proposal to provide one time six months' partial credit guarantee to PSBs for first loss of up to 10 per cent for purchase of high-rated pooled assets of financially sound NBFCs.

"These measures should help in addressing the liquidity constraint and ensure greater lending to support growth," Ficci added.

As per the survey, the proportion of respondent banks citing a reduction in NPAs stood at 52 per cent as against 43 per cent in the previous round.

Among the PSBs, about 55 per cent of them cited a reduction in non-performing asset (NPA) levels.

"Amongst the respondents stating infrastructure as high NPA sector, about 63 per cent have reported a decline in NPA in this sector during the last six months," the survey said.

Likewise, 57 per cent of respondents, citing engineering goods as high NPA segment, have mentioned a reduction in NPA levels.

About 92 per cent of those considering metals/iron and steel as high NPA space have indicated a decline in NPAs over the last six months.

Last month, Finance Minister Nirmala Sitharaman had informed Parliament that total bad loans of commercial banks declined by Rs 1.02 lakh crore to Rs 9.34 lakh crore in the 2018-19 fiscal on the back of steps taken by the government.

Ficci survey also found that 48 per cent of respondent banks reported tightening of credit standards for large enterprises as against 64 per cent in the last round, indicating improvement in funding.

Further, credit standards have remained the same for 48 per cent of the respondents as against 36 per cent in the last round.

On top priorities for the government, majority of respondent banks believed that addressing agricultural distress should be one of the top priorities.

They empahsised on undertaking reforms in the agriculture sector that aim at enhancing long-term productivity gains, Ficci said.

Labour law reforms, public investment in infrastructure and affordable housing, and lowering of GST rates to enhance tax compliance should be other priorities of the government, according to the banks.

The survey further said majority of the banks were of the view that establishment of development finance institution (DFI) will help in boosting the flow of credit to infrastructure sector and addressing the asset-liability problem faced by banks.

"Bankers were also of the view that source of funds will be an important factor in success of such DFIs," it said.