Jio announced the commencement of JioFiber, its fiber to the home service, across 1,600 cities in India last week. 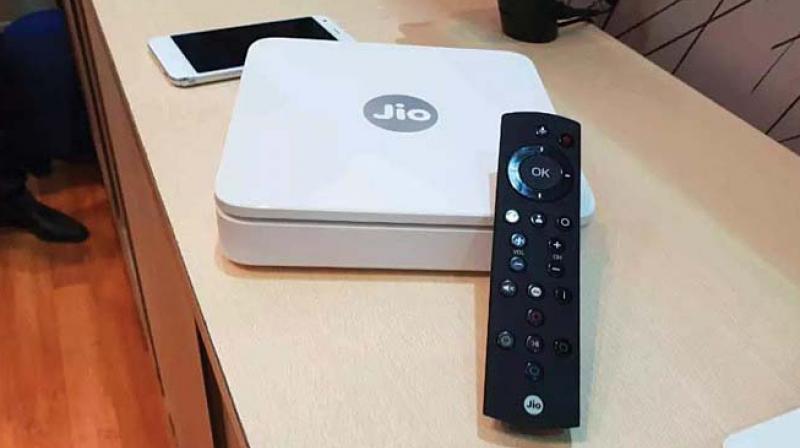 The lack of pricing aggression and non-attractive bundled pricing would result in limited disruption in the underpenetrated wired broadband market.

Mumbai: Reliance Jio lnfocomm's much awaited JioFiber broadband services launch on September 5 is unlikely to shake market like they did with wireless, according to analysts.

Jio announced the commencement of JioFiber, its fiber to the home service, across 1,600 cities in India last week promising data transfer at much higher speed of 100 Mbps (megabit per second) and go all the way up to 1 Gbps (gigabits per second).

Currently, the average fixed-line broadband speed in India is 25 Mbps.

Even in America, which is the most developed economy, it is around 90 Mbps, this will propel India to top 5 broadband nations globally according to Jio.

Crisil Research believes the plans are unlikely to drive a significant churn in the market.

"We believe consolidation in the sector is also some time away. Further, emerging developments in terms of pricing in the television distribution space will remain a monitorable. So intense attrition is unlikely in the road ahead," Crisil said.

India currently has 18.4 million broadband subscribers as of March 2019 as per the Telecom Regulatory Authority of India's telecom subscription report.

"With a mere seven connections per hundred households, India's wired broadband market is highly underpenetrated. In comparison, developed nations such as the United States, the United Kingdom, France, and Japan have 30-50 per cent penetration levels. Further, the broadband subscriber base has been expanding at a snail's pace over past five years on account of relatively high tariffs in wired broadband compared with wireless and lack of focus among telcos in the wired broadband space," Crisil said.