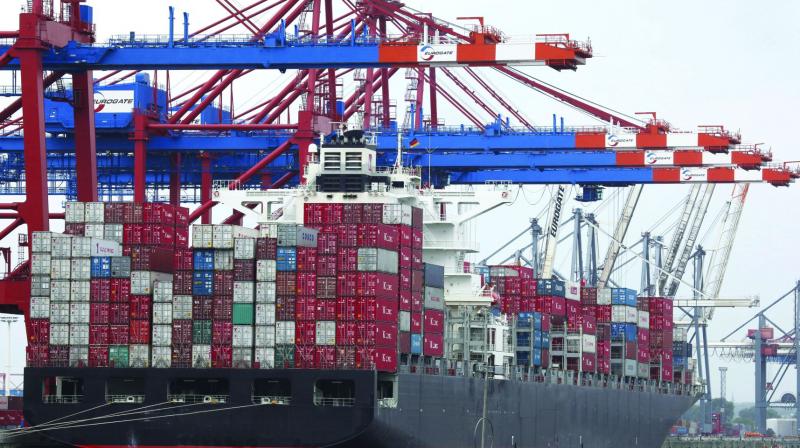 Global funds no longer need quotas to buy Chinese stocks and bonds, the State Administration of Foreign Exchange said in a statement on Tuesday. That removes a hurdle to foreign investment that's been in place for almost two decades, since the nation first allowed access to its capital markets.

Scrapping the quota is less a confident liberalization by a maturing economy and financial system than an overt admission that the country needs money. China has been edging dangerously close to twin deficits in its fiscal and current accounts. It needs as much foreign capital as it can get - even in the form of hot portfolio flows - to keep control over the balance of payments and avoid a further buildup of debt.

Contrary to stereotypes, China is no longer a frugal nation that sells a lot abroad and buys little in return. The country's middle class is now traveling and using credit cards overseas. Trade, meanwhile, is undergoing a sharp slowdown, with exports to the US slumping 16 per ent from a year earlier in August amid an escalating trade war.

The latest move is largely cosmetic. For all practical purposes, the limits have already become redundant. The overall cap on inward investment now stands at $300 billion; two-thirds of that is unused.

The 17-year-old qualified foreign institutional investor, or QFII, program fell out of favour long ago because of relatively high expenses and strict rules on repatriating money. Most overseas investors in China now buy and sell through the Connect trading pipes that link Hong Kong with the Shanghai and Shenzhen stock exchanges. Anyone with a brokerage account can trade using the stock and bond connects in Hong Kong.

By contrast, the QFII and renminbi-QFII routes are only open to pre-approved institutional investors, which must register onshore.

The question now is whether foreigners will take the bait. China's sovereign bond market may look tempting to some. Unlike its peers in the US and Europe, Chinese bonds have lagged the latest global rally. The outlook, though, isn't optimistic.

Blame the yuan. As we've argued in the past, China was a hot investment destination in the past partly because of a stable currency. That safety net has been removed. Relatively attractive yields on Chinese bonds are no use if dollar-based investors expect one-way depreciation that will eat into gains.
Overseas money managers will be right to be wary.