Investors should draw their own conclusions. Whatever we have to do, we are doing, said Sebi chief Ajay Tyagi. 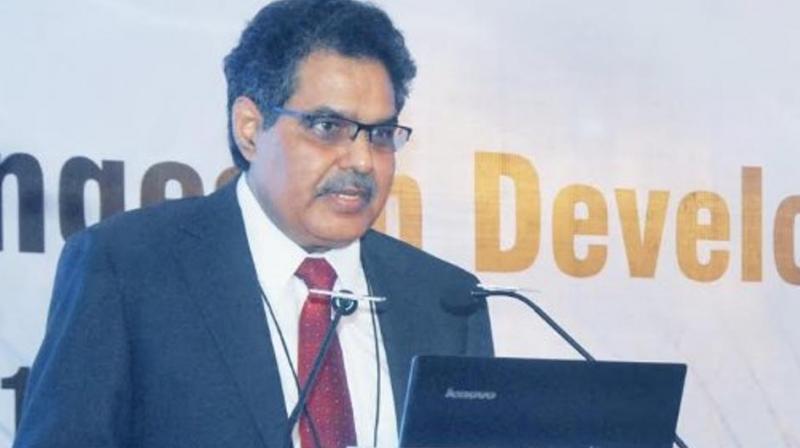 You have to ask him or you can ask God, Ajay Tyagi told reporters on Friday when asked about his view on Nandan Nilekani's comments. (Photo: File)

Mumbai: Sebi chief Ajay Tyagi on Friday said a probe is on into the Infosys matter and quipped one needs to ask either Nandan Nilekani or God on the Information Technology major chairman's assertion about even God can't change the company's numbers.

Under fire in the wake of whistleblower complaints about alleged accounting lapses at the country's second largest software exporter, Nilekani had said processes at the company are so strong that even God cannot change the numbers.

"You have to ask him or you can ask God," Tyagi told reporters when asked about his view on Nilekani's comments.

Speaking on the sidelines of an event organised by industry body CII here, Tyagi said Sebi is probing the matter and that he has nothing to say on the allegations at present.

"Investors should draw their own conclusions. Whatever we have to do, we are doing. Whatever is the outcome you would know," Tyagi noted.

On Wednesday, Nilekani asserted that the company operates with the highest integrity, and that "even God can't change the numbers of this company".

When asked whether any information has been shared with American regulator SEC since Infosys is also listed in the US, Tyagi declined to elaborate saying it is a confidential correspondence between two regulators.

Meanwhile, Tyagi said there is a need for increasing the flow of issues in the market and that compliance with minimum shareholding norms by state-run entities would be of help.

According to him, 45 of the 91 listed government-controlled entities are not meeting the requirement to have a free float of 25 per cent.

"Such companies actually need to come forward and increase the visibility in the market and this is something which can be done and I think it should be done and we have conveyed this to the government also," the Sebi chairman said.

Further, Tyagi said that not many companies are coming forward to list despite getting approvals from the regulator.

While noting that issues worth over Rs 25 lakh crore are pending, Tyagi said, "after a year the IPO approvals lapse. And I am talking about which are still valid not have not yet hit the market".

Tyagi also hinted that a lot of bias is towards the banking side and asserted that Sebi is also an important institution which is 27 years old now.

Trust, faith and transparency and disclosures are needed for all the financial sector participants to succeed, he added.

Further, the Sebi chief said the regulator is looking at concerns around companies not sharing data with credit rating agencies and assured to go into the issue after reports that a third of companies being non-cooperative emerged out.

Sebi would also be "quickly" coming out with a circular on allowing preferential allotments to Infrastructure Investment Trusts (InVITs).

Tyagi advocated for greater reliance on public private partnerships for infrastructure investments, stating that in the last five years, over 70 per cent of the money funnelled into the sector has been done by the government.

He also underlined the need for expediting credit enhancement fund announced in the Budget to help stressed shadow banks at the earliest.