As many as 13 banks and over 23,000 homebuyers have voting rights in the CoC. 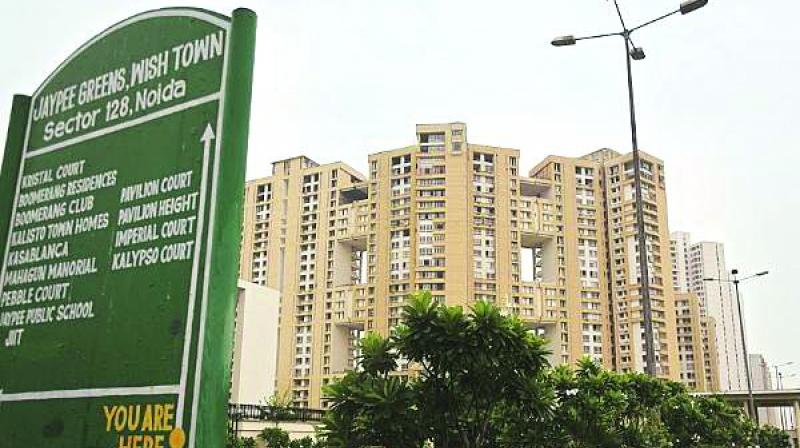 The CoC rejected the bids of Suraksha Realty and NBCC in the second round held in May-June this year.

Lenders had asked both the suitors to sweeten their resolution plans and submit their bids by December 3.

According to sources, NBCC in its final bid has offered 1,526 acres of land to lenders as against its earlier proposal of 1,426 acres. For homebuyers, it has reduced the timeline to three-and-a-half years from the earlier four years for the completion of over 20,000 flats.

For lenders, the public sector firm has also proposed to increase concession agreement by 10 years on Yamuna Expressway, which connects Noida to Agra in Uttar Pradesh.

It has also increased upfront cash payment to lenders to Rs 175 crore from Rs 25 crore earlier.

For homebuyers, Suraksha Realty has now set aside Rs 250 crore worth land as against land parcels worth Rs 100 crore earmarked earlier.

It has promised to provide additional land parcels worth Rs 250 crore to homebuyers, if 858 acre land, which has been pledged by Jaiprakash Associates, comes back to Jaypee Infratech.

According to sources, Suraksha Realty is in discussions with JSW group for technical and operational support to complete pending housing projects of Jaypee Infratech.

Jaypee Infratech, a subsidiary of crisis-hit Jaiprakash Associates, went into insolvency process in August 2017 after the National Company Law Tribunal (NCLT) admitted an application by an IDBI Bank-led consortium.

Anuj Jain was appointed as an interim resolution professional to conduct insolvency process and also manage the affairs of the company.

In the first round of insolvency proceedings conducted last year, Rs 7,350-crore bid of Lakshdeep, part of Suraksha Group, was rejected by lenders.

The CoC rejected the bids of Suraksha Realty and NBCC in the second round held in May-June this year.

The matter reached to the National Company Law Appellate Tribunal (NCLAT) and then the Supreme Court.

On November 6, the Supreme Court directed completion of Jaypee Infratech''s insolvency process within 90 days and said the revised resolution plan will be invited only from NBCC and Suraksha Realty.

As many as 13 banks and over 23,000 homebuyers have voting rights in the CoC. Buyers have nearly 60 per cent votes. For a bid to be approved, 66 per cent votes are required. Homebuyers claim amounting to over Rs 13,000 crore has been admitted, while banks claim is nearly Rs 9,800 crore.